A TEENAGE boy who was killed after being hit by a car while walking home in the Downpatrick area of County Down has been named by police.

14-year-old Deaglan Moran was struck by a vehicle as he walked down the street in Flying Horse Road, Downpatrick on Sunday at approximately 6.30pm.

The Police Service of Northern Ireland (PSNI) have appealed for witneses to come forward in order to assist into the investigation regarding the death of the child, with Inspector Brian Mills telling Newry Times:

“I would like to take this opportunity to renew our appeal for witnesses to come forward.

“In particular, I would appeal to anyone who was in the Flying Horse Road area on Sunday evening around 6.30 pm and witnessed the collision to contact officers in Downpatrick on 101, quoting reference number 1509 of 02/02/20.

“If you were driving in the area and might have dashcam footage of the incident, we would also like to hear from you as you may be able to help our investigation into what happened.” 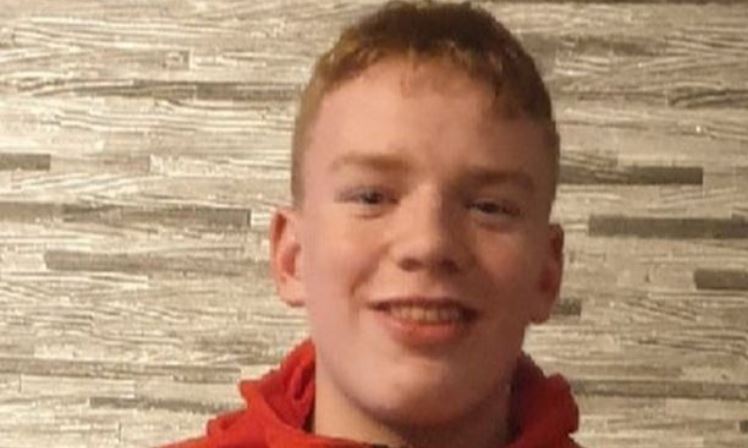 Deaglan's heartbroken parents spoke to The Belfast Telegraph and described how they had ordered a pizza and were about to pick him up from a friend's house when they got a phonecall that their son had been hit by a car and was being worked on by emergency services on the street.

"We got up to the scene and his mum couldn't face seeing him. Deaglan was on the road, lying on the road," Deaglan's father told the outlet.

Deaglan's mother added that emergency services worked on Deaglan for over an hour. "It's just so hard," she said. "He was so young.

"I was just in shock. I was numb. It still hasn't hit me.

"He meant the world to us. He was our world," Mr Moran said of their son.

Deaglan's mother added: "And he still is. He will always be here with me."