Hundreds of people gathered in Herbert Park, with smaller groups attending the GPO on O'Connell Street and the RTÉ headquarters in Donnybrook.

The protests were peaceful, however Gardaí say 21 people were arrested after they failed to comply with directions from officers and with public health guidelines, The Irish Examiner reports.

Those arrested involve seventeen men and four women; fourteen were charged and appeared before Dublin District Courts of Justice hours later, and seven others were charged and released on bail.

The arrests come after 2,500 Gardaí were deployed across Ireland to ensure compliance with Covid-19 measures on St Patrick's Day, including that nobody is beyond their 5km radius and there are no groups gathered. 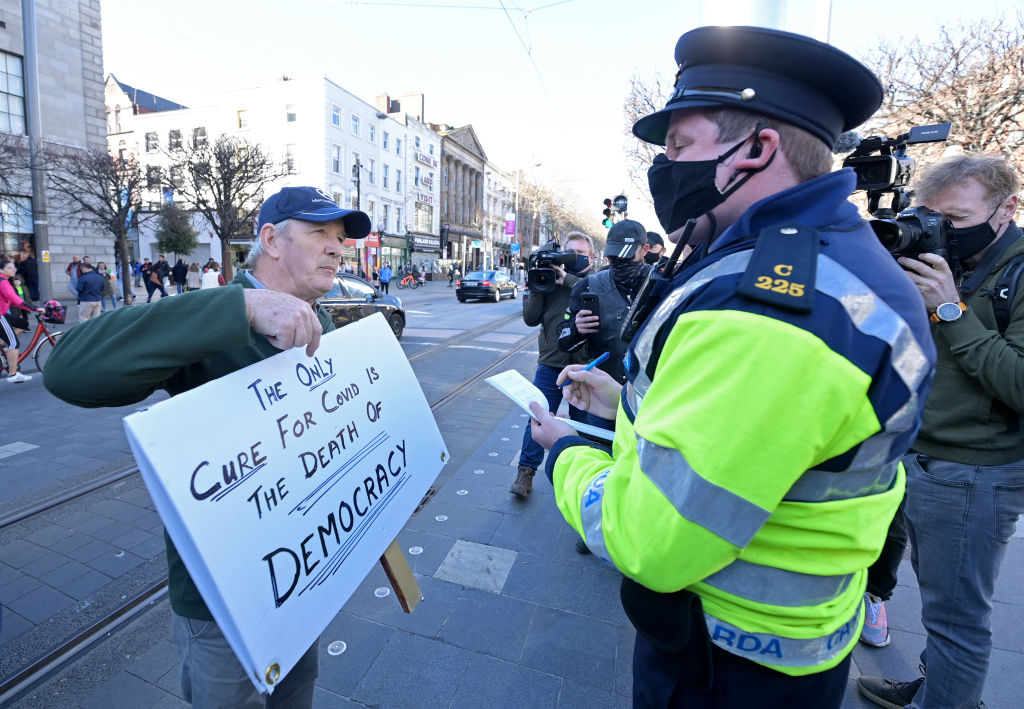 DUBLIN, IRELAND - MARCH 17: A Garda speaks with a man holding up a banner as anti-lockdown protesters demonstrate on St. Patrick's Day in Dublin city centre on March 17, 2021 in Dublin, Ireland. (Photo by Charles McQuillan/Getty Images)

A statement issued by An Garda Síochána yesterday morning reminded people to stay at home and not to have visitors as Ireland remains under Level 5 lockdown.

Urging the public to "avoid large gatherings and house parties", the spokesperson said "Despite constant and consistent public health advice, An Garda Síochána continues to find people gathering in large groups at social occasions and at house parties".