AN ANCIENT dwelling place possibly dating as far back as 6,000 years may have been discovered in Connemara by a local man.

Galway native Jimmy Ó Céide was out walking near the sea in Spiddal, Connemara after the country had been battered by Storm Brendan, when he came across a structure which had been uncovered during the storm.

After Mr Ó Céide alerted archaeologists, who, after studying the structure, said it could possibly be the remains of a Bronze-age era Crannóg.

A Crannóg is a manmade, island-type dwelling usually built in a lake or in marshy land in Celtic Bronze-age civilizations, with several having been discovered in Scotland. 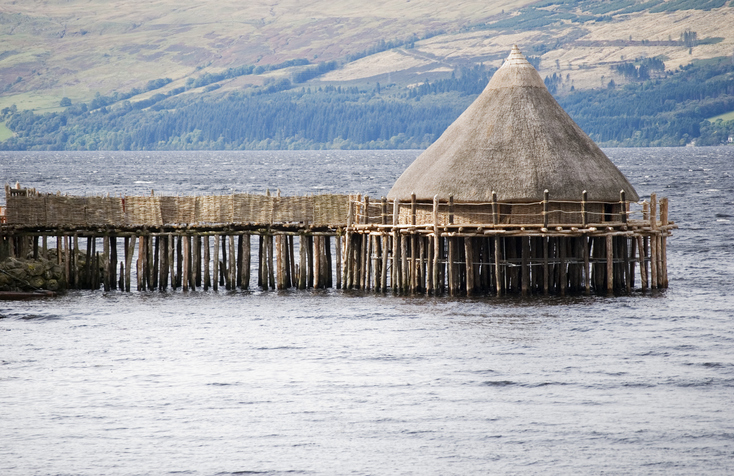 A reconstruction of Crannóg on a loch in Scotland (Getty Images)

Details of the archaeological find, first reported by RTÉ Raidío na Gaeltachta, indicate that if the structure is confirmed it will be an incredibly rare find, as rising sea levels over the centuries would have destroyed most undiscovered crannóga.

The Irish Times reports that archaologist Michael Gibbons, inspecting the site, says it appears to show signs of having been a dwelling-place in ancient times.

“There may have been a lake here in the Bronze Age," Mr Gibbons said, adding that another crannóg had previously been discovered further west and so it was known that ancient people had lived in the area.

Estimating that the site could be between 4,000-6,000 years old, the archaeologist said:

“This is a very important site. It amazes me that a site of such interest is here, not far at all from the other one further west in An Liopa.

"They are not common in this part of the country, or indeed anywhere in Ireland.” 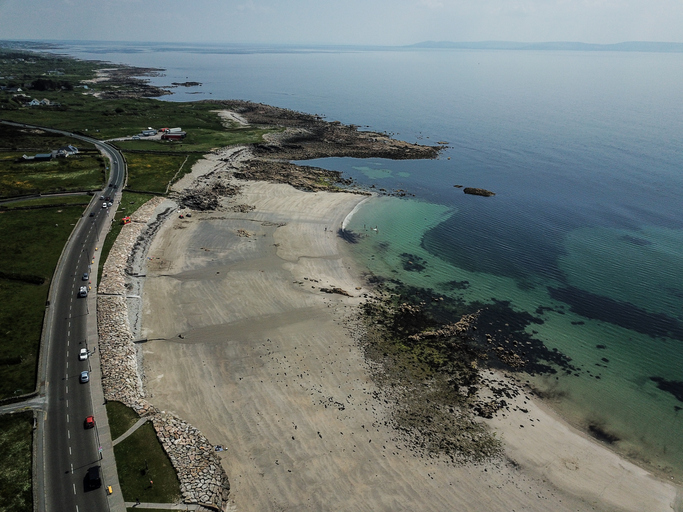 Spiddal, Connemara, close to where the discovery was made (Getty Images)

Members of the National Monuments Service are due to inspect the site in the coming weeks in order to confirm whether the discovery is indeed that of a crannóg, but until then a Department of Culture and Heritage spokesperson said they "cannot speculate on the nature of the site or of any significance until that inspection has been made".

This gorgeous Irish lakeside cottage could be yours for just €180k