A NEW STUDY has revealed that Northern Ireland is the region with the highest proportion of people who have never smoked in the UK.

60% of the population have never smoked in their lives and the country also has one of the lowest proportions of smokers generally in the UK.

The study, carried out by Babylon Health, collected data from 15,000 people who use the 'Healthcheck' feature on their Babylon smartphone app.

It found that just over 18% of the Northern Irish population smoke, which was only bettered by the East of England and the South-East regions of the UK, both with smoking populations of 17%. 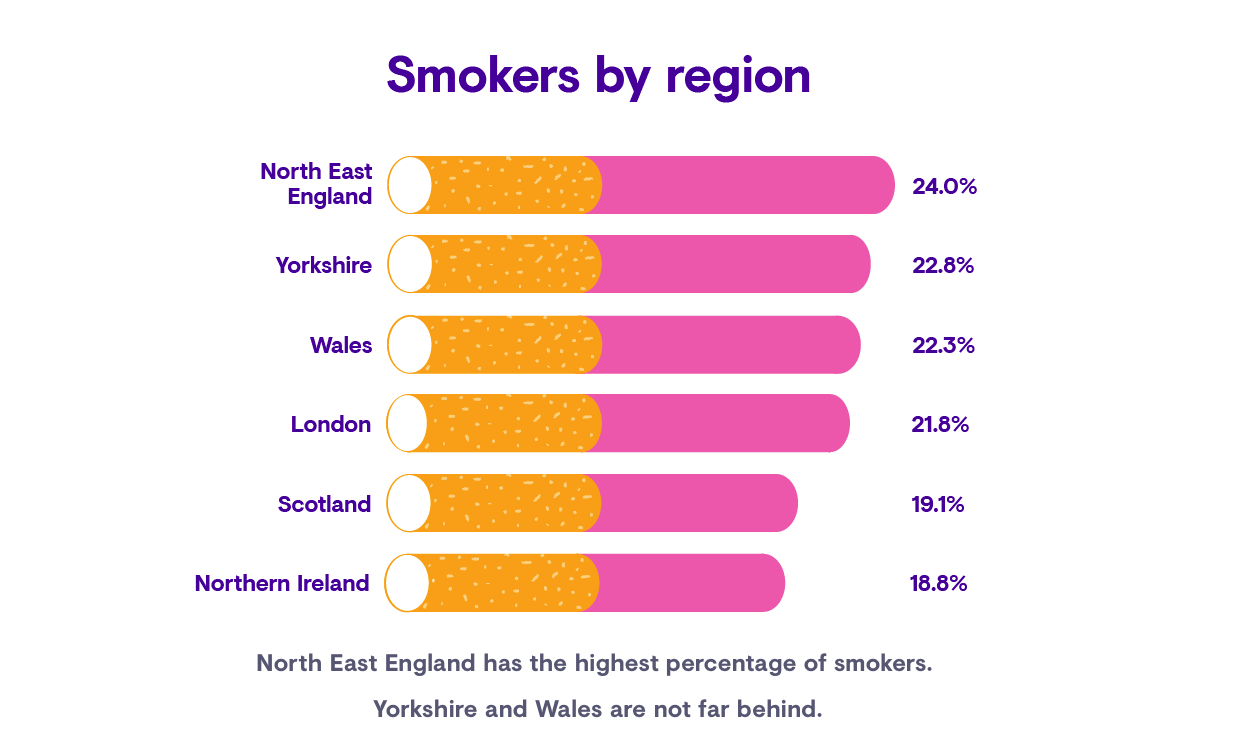 The study also looked at the amount of money spent annually on cigarettes region-by-region. Northern Irish people spend around £2,459 (€2,842) on cigs, significantly less than the highest-spending region, the East Midlands, which spends £2,889 (€3,339) per person per year.

Despite the reputation of everything being expensive there, people in London - it turns out - only spend £1,805 (€2,086) on average on cigarettes every year - by far the lowest region in the list.

According to data collected, the older you get the more likely it is that you'll quit smoking.

A staggering 44% of people over 61 have managed to kick the habit, with just 4% of the same age group continuing to spark up. 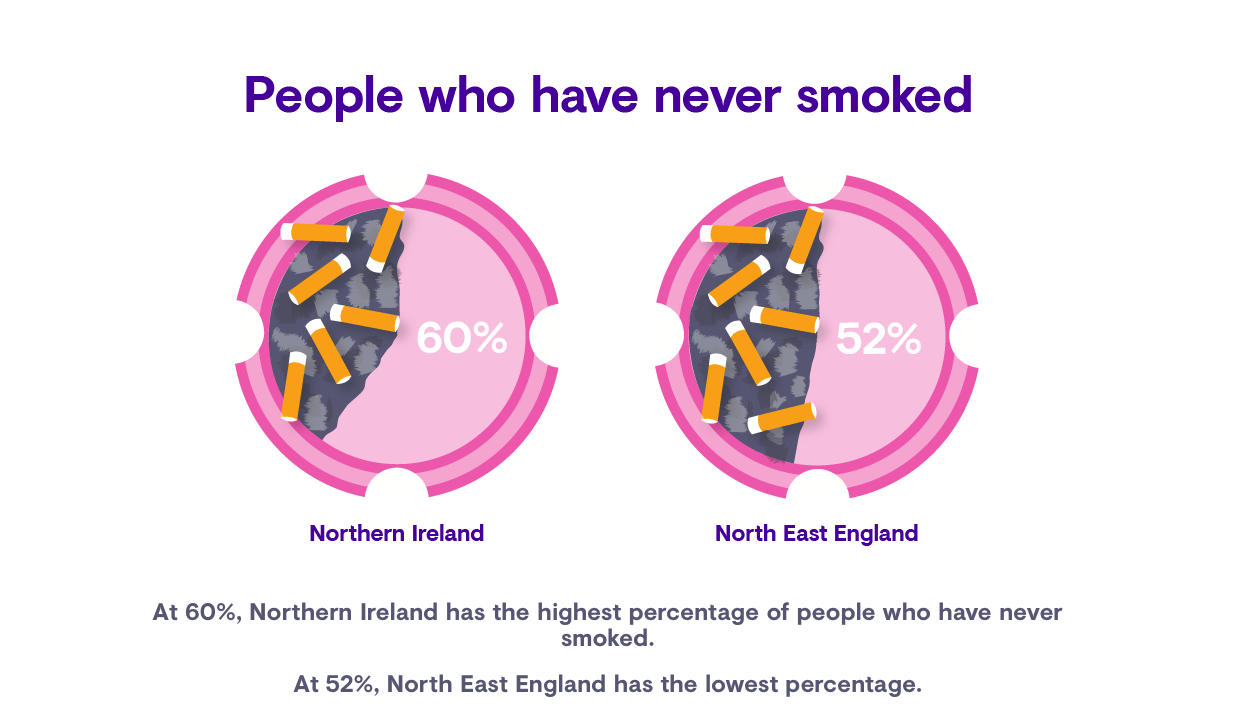 Rather unsurprisingly, the 18-30 age group were found to be the most susceptible to smoking, and the least likely to stop. 27% of them admitted to being smokers, while just 14% had managed to quit.

If you're a smoker, the study's handy 'Cigonometry' feature allows you to calculate the financial and physical consequences of smoking.

There are around 80,000 deaths each year in England form smoking and the NHS says it's the biggest cause of preventable deaths in the UK, adding that one in two smokers will die from a smoking-related disease.

"If you could see the damage, you'd stop. When you smoke, the poisons from the tar in your cigarettes enter your blood. If you smoke, you are more likely to have a stroke. Your lungs can be very badly affected by smoking. Smoking causes 84% of deaths from lung cancer and 83% of deaths from chronic obstructive pulmonary disease (COPD).

"Smoking damages your heart and your blood circulation. Smokers have an increased chance of getting stomach cancer or ulcers. Smoking causes unattractive problems such as bad breath and stained teeth. If you smoke, your skin ages more quickly and looks grey and dull. Smoking can cause male impotence."