Ireland most unequal country in the world when it comes to who looks after the kids, says global study

Beautiful mother and her children drawing at home

THE world is facing a hidden crisis in childcare, according to a new global report by The Overseas Development agency.

According to the ODI, women in the UK spend more than double the amount of time looking after children than men do.

However, the study found that Ireland was the most unequal of all 37 countries surveyed.

On average, women worldwide typically undertake three-quarters of all childcare, but in Ireland, mums so 93 per cent of the work with children.

After Ireland, women in Iraq, Albania and South Africa had the largest childcare burdens, doing 92, 91 and 90 per cent of the work with children respectively.

The most equal country is Sweden, where women spend 1.7 weeks more per year on unpaid care than men. 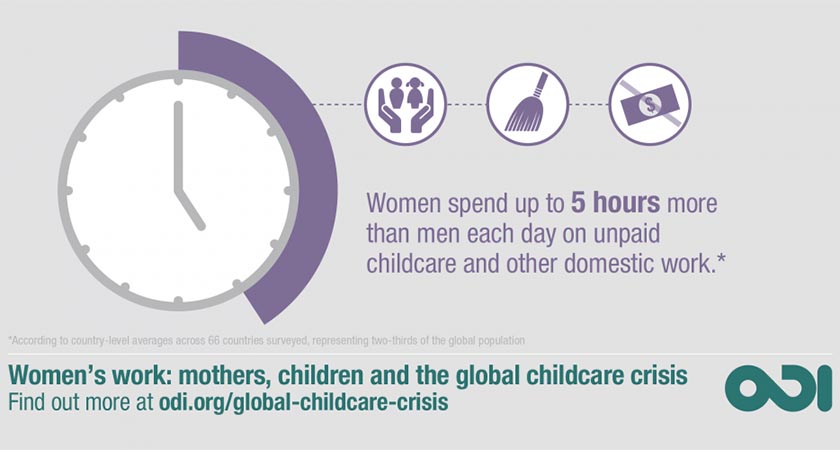 The report, from the UK's think tank on international development and humanitarian issues, says that worldwide, the crisis is having severe impacts on three generations of women – mothers, grandmothers and daughters.

It goes on to state: "Across 66 countries around the world representing two-thirds of the global population, there are huge inequalities in the time spent by women and men on unpaid work.

On average, women spend 3.3 times as much as men do...In countries, where the care load is heavy and most unequal, this unpaid work occupies the equivalent of an extra 10 weeks or more each year of a woman’s life than a man’s."

The report concludes that solving the global care crisis is urgent for the improvement of the lives of women and children.

"It must start with the day-to-day realities of these lives...understanding that women’s time is a precious resource that must be used carefully for their own benefit, that of their children and societies as a whole."

Couple willing to pay nanny £40,000...provided they dress as Disney Princess to look after their children