LONDON, ENGLAND - NOVEMBER 29: Jose Mourinho manager of Chelsea looks on prior to the Barclays Premier League match between Tottenham Hotspur and Chelsea at White Hart Lane on November 29, 2015 in London, England. (Photo by Shaun Botterill/Getty Images)

A LEADING Northern Irish lawyer could come face to face with ex-Chelsea manager Jose Mourinho in one of Britain’s most high profile court cases this year.

Belfast-born Mary O’Rourke – who is based in London – is representing the Premier League club’s former first-team doctor Eva Carneiro, who is suing Chelsea for constructive dismissal.

Ms Carneiro, 42, has also brought a separate but connected legal claim against Mourinho for alleged discrimination.

Following the failure to reach a private financial settlement last week, it is now likely a full employment tribunal will take place in June, where Ms O’Rourke is likely to cross-examine Mourinho. 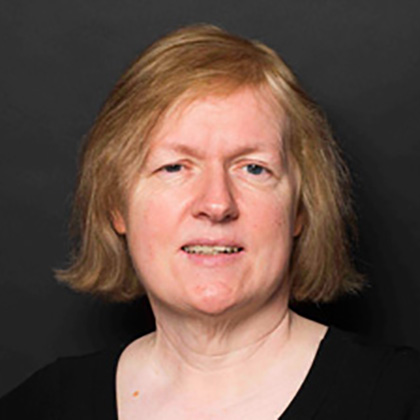 Ms Carneiro left her role at Chelsea last September. Her departure came after Mourinho criticised her for running onto the pitch to treat Eden Hazard during a 2-2 draw with Swansea on the opening day of the season.

Speaking to The Irish Post, Ms O’Rourke said that she often finds it challenging to fight off media attention due to the high-profile nature of the cases she leads.

“With these kinds of cases I get phone calls from sporting friends, from New Zealand, America and around the world because my name’s in the papers,” she said.

“During one case I covered, I was having journalists trying to break into my hotel room in Glasgow, where the case was
going on in private.

“A guy called Paul who at the time was a rugby correspondent with The Telegraph and is now with Sky TV tried to force his way into my bedroom to find out what was going on. They’re starved of news.”

Working as a lawyer for more than 30 years, Ms O’Rourke is highly respected in Britain and the North of Ireland, where she also practices, and is a specialist in employment and clinical negligence cases.

She also previously represented Dr Wendy Chapman, who worked for rugby club Harlequins, and found herself at the centre of the 2010 ‘bloodgate’ scandal.

During a Heineken Cup quarterfinal match against Leinster, Chapman had cut the lip of player Tom Williams to cover up a fake injury.

A graduate of King’s College London, Ms O’Rourke has been ranked by renowned international bodies Chambers & Partners and the Legal 500, and featured in The Irish Post’s Legal 50 magazine in 2013.