The episode is available to watch on RTÉ Player International

In this new episode, John visits Birr Castle in Co. Offaly, musician and Westmeath man, Bressie gives John a taste of what it was like to be a high king at a fire festival on the hill of Uisneach and John talks county boundaries with Marty Morrissey in Athlone.

In an RTÉ Player International exclusive clip, Ned Kelly, former keeper of antiquities of the National Museum tells us about his last meal before his ritual sacrifice.

Join John on a voyage that will reveal the east coast and midlands of Ireland like you have never seen them before. 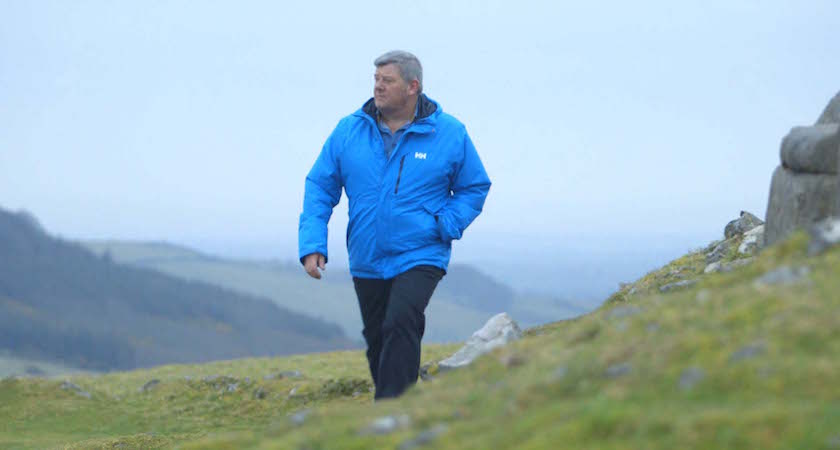 Ireland has a wonderful history ready to explore

Following the path of Ireland’s new tourist route, Ireland’s Ancient East, John Creedon’s new documentary Creedon’s Epic East dives head first into the culture and heritage of the eastern counties, taking in 17 counties, stretching from Louth to Cork and from Cavan to Wexford.

Along the way, John’s journey sparks a voyage of self discovery as he explores what it really means to be Irish and he calls in the experts to research his family tree, test his DNA and asks is there such a thing as an Irish gene?

"It’s possible to travel through 5,000 years of history in just one hour throughout the East," explains John.

"So you can find something from the 5th century and 10 minutes down the road, you could arrive at a stately home dating back to the 18th Century. It’s been fascinating to uncover the landscape’s stories."

Featuring some of John Creedon’s best loved documentaries, including Creedon’s Wild Atlantic Way, Creedon’s Cities and Creedon’s Weather, the collections brings you on a fascinating tour of Ireland.