The horse was trapped in a 10 foot deep bog drain filled with water (Image: Facebook / An Garda Síochána)

GARDAÍ and the fire brigade in Co. Longford joined forces last night to help rescue a horse that was trapped in a bog drain.

Horse rescue organisation Hungry Horse Outside, which also participated in the operation, described the rescue as 'a Christmas miracle'.

Posting on Facebook, the Longford-based charity said that without the participation of all parties involved, "it would have been a much different story this morning". 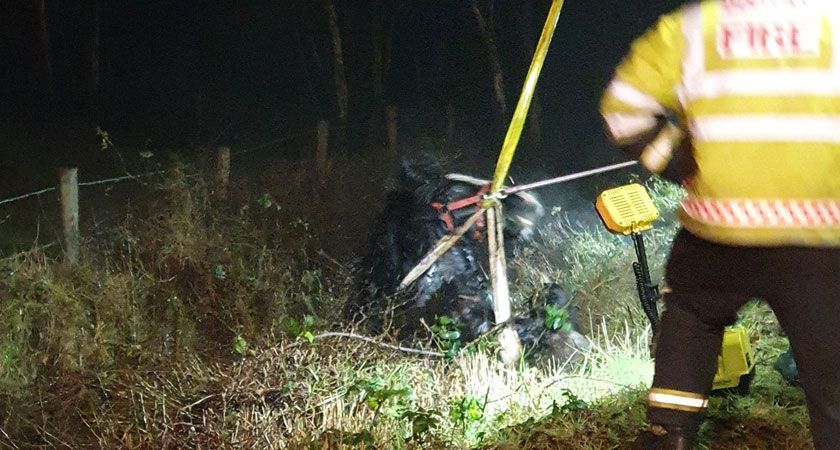 Gardaí, the fire service and the charity Hungry Horse Outside joined forces for the rescue (Image: Facebook / An Garda Síochána)

It took around three hours of delicate work to rescue the horse from the bog drain, which was around 10 feet deep and filled with water.

"No words can express the compassion shown to this horse by Longford Gardaí and Longford Fire Brigade who, even after hours of trying to rescue it, never once gave up on him and stayed with him until the very end," Hungry Horse Outside posted on Facebook.

"Everyone who attended this horse played a vital part in its rescue, worked as a team and had any piece of the rescue team been missing we are afraid it would have been a much different story this morning.

Gardaí & Fire services from Longford spent 3 hrs last night rescuing a horse which had fallen into a bog drain 10ft deep with water. The horse
was successfully rescued after some delicate work & now recovering at the
hungry horse foundation who also assisted emergency services pic.twitter.com/cilUxzeKdI

"We would like to thank everyone involved most sincerely, from friends and neighbours who rushed to assist despite the desperate weather conditions, to the vets and even to the members of our own team who without question abandoned their Friday night to ensure this horse was brought to safety."

The horse is now recovering with the charity. 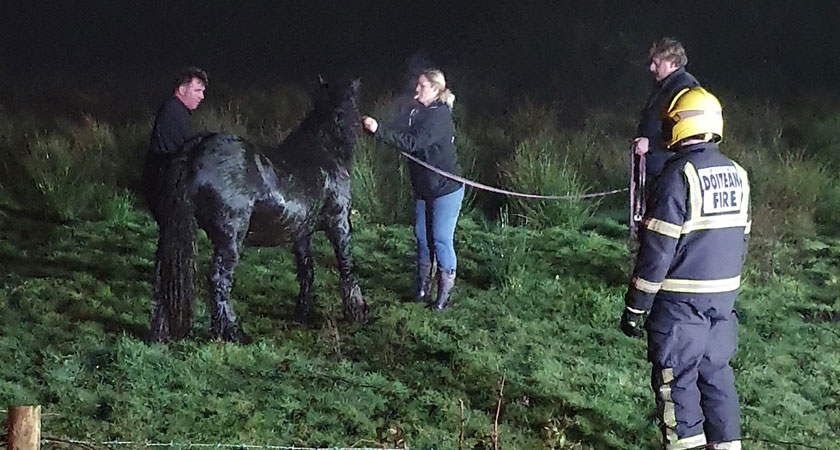 It took around three hours to rescue the horse (Image: Facebook / An Garda Síochána)