THE new Irish Ambassador to Britain Martin Fraser has officially taken up the appointment following a meeting with King Charles III.

Mr Fraser, who arrived in London to take up his new position in August of this year, took part in the historic presentation of credentials ceremony at Buckingham Palace on Thursday, November 3.

As is tradition, Ambassador Fraser and his wife Deirdre were collected from the Irish Embassy in a State Landau - the ceremonial horse-drawn carriage rolled out by the monarch for diplomatic events - and brought to the palace for the meeting.

During their time together, the Ambassador handed over ‘letters of credence’ to the King, which are diplomatic papers issued by one head of state to be presented to the receiving head of state.

Speaking to The Irish Post following the meeting, Ambassador Fraser confirmed that he received a “warm welcome” from the King, before adding that the day was “quite an occasion”.

“It was a once in a lifetime event, there is no doubt about that,” he explained.

“It’s not every day you get to travel in a carriage to Buckingham Palace to see the King,” he added, “it was great day.” 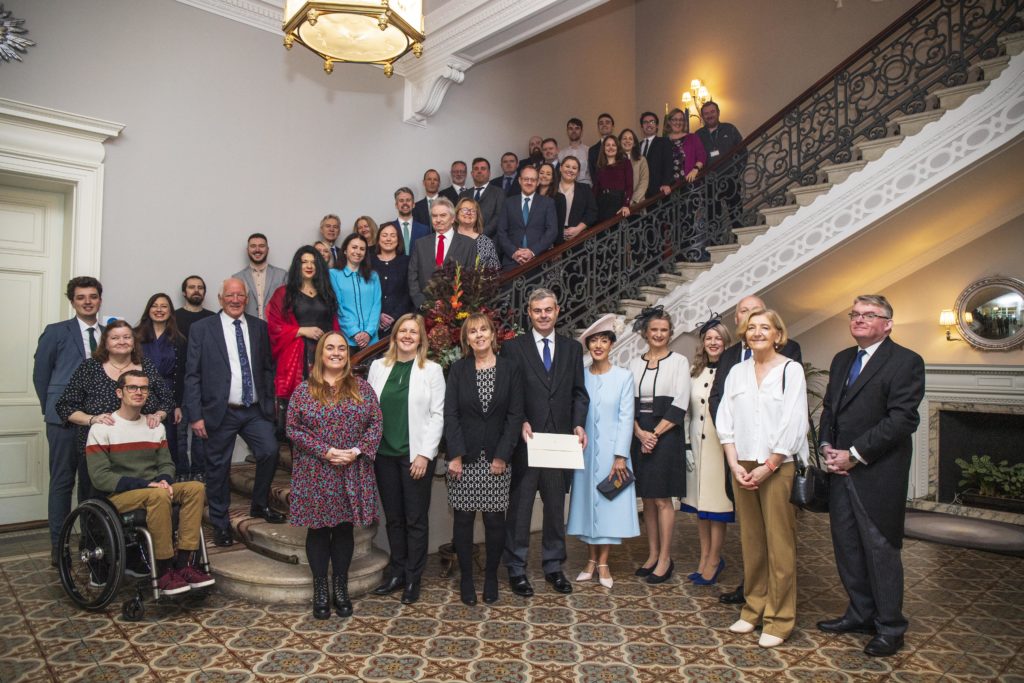 Staff of the Irish Embassy in London and the Passport & Visa Office pictured with Ambassador Martin Fraser and wife Deirdre before the presentation of credentials ceremony (Pic: Noel Mullen)

A reception was held at the Irish Embassy in London following the event, which saw Mr Fraser become the 19th Irish Ambassador to Britain.

Since his arrival to the post in the summer, Mr Fraser has been busy meeting members of the Irish community across Britain as well as hosting events at the Embassy.

He has also been involved in the Northern Ireland Peace Process since 2004 and played a role in both the state visit of the Queen to Ireland in 2011 and the return state visit of Irish President Michael D Higgins to Britain in 2014.