The links between Canada and Ireland

It’s well known that the US has a strong link with Ireland. Immigration to the US from Ireland around the turn of the 20th century has caused roots to be in place within the country. What’s less well known is that the United States’ neighbour to the north, Canada, also has Irish links of its own.

While the immigration that took place wasn’t on the same level as what happened in the US, there is still a strong Irish community within Canada.

This is shown in a number of different landmarks and areas across Canada.

We’ve taken a look at some of the Canadian and Irish links that are in place to show the rich tapestry that helps make Canada the greatest country on Earth (after Ireland of course).

The Irish immigrant population in Canada became extremely useful to the development of infrastructure in the country. Because the new residents spoke English, they managed to get work relatively easily. A lot of this work took place in construction. Here, workers would help to build some of the most iconic buildings across all of Canada. It wasn’t just buildings either – the Lachine Canal was also built by Irish workers.

According to the Governemt of Canada Parks Canada site:

Making up the majority of the workforce assigned to the construction of the Lachine Canal, the Irish settled in Griffintown. Beginning in 1845 and into the 1850’s, they flocked to Canada. For the most part they were penniless, forced out of their country by the Potato Famine.

With no skills, the only work they could get was that which gave them their reputation as “hard workers.” In North America, no canal or railway was built without them. In this same period in the United States, the "Canal Era" came to an end. Driven by unemployment, thousands of Irish migrated from the south to build the St. Lawrence canals."

This strong working-class element made sure that Canada was able to become the thriving country it is today. It wasn’t just the more traditional buildings that Irish settlers had a hand in – a lot of the more modern buildings that are built still use workers with Irish heritage.

This means that some of the beautiful casino buildings that are in place within the country were built by Irish builders.

This is a significant milestone as the gambling industry is a large tax revenue driver for Canada, and the relaxation of online casino laws means that it could increase even higher in the future. It’s this hardworking attitude that makes Irish settlers welcome in every country they visit. It has also helped Canada to have some of the finest infrastructure in the world.

What many people don’t realise is that Canada is actually extremely respectful when it comes to the language of the many cultures that make it up. For anyone who lives here, this will be obvious right away – just look at Quebec as an example.

However, to people on the outside, it’s not always so obvious. While Canada is always extremely vociferous in how it celebrates St. Patrick’s Day, a day where Guinness and all other Irish stouts are consumed by the barrel, it also works hard to celebrate the language that helped build the country.

In fact, Canada is the only place outside of Europe that has an Irish language name. Newfoundland is also known as Talamh an Éisc. The rough translation for this is ‘land of the fish’, and for anyone who has been to Newfoundland, it’s obvious why this name was chosen.

It doesn’t end there either – Ontario takes things up to another level. 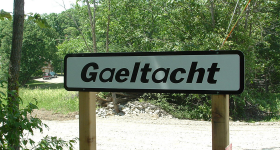 Signpost at the entrance to the 'Baile na hÉireann' Gaeltacht in Tamworth, Ontario, Canada. Picture: Wikimedia

If you visit Ontario, you will find that there is a community that speaks Irish. This region is actually recognized as an official region by the Irish Government. This shows just how well-regarded Ireland is within Canada. While there are some smaller regions around the world that speak Irish, this is the only official area that’s not located in Ireland itself. The area encompasses 62 acres, and on top of keeping the language alive, it also celebrates other aspects of Irish culture. Here, there are games with Gaelic links, festivals, classes and Irish dancing. It’s one of the best ways for Canadians to get in touch with their roots and celebrate their heritage.

What may come as a surprise to many people is that the etymology of a lot of Canadian surnames actually points to Irish origin. The influx of Irish settlers who were trying to escape the Great Famine in Ireland means that a large number of surnames within Canada today are of Irish origin.

And it actually goes further than just the English-speaking areas.

Many in the French areas of Canada showed their kind-hearted nature when Irish people were having trouble. It’s more than just allowing for travel between the two areas – many French Canadians actually took Irish orphans in and ensured that they kept their Irish surnames so that their family name would live on. This means that it’s not just the English-speaking areas of Canada that have common Irish surnames – French Canada also has Irish surnames. It also means that there’s the possibility for some people within the region to be trilingual – something that is extremely useful within the modern world.

Quebec City even has a Celtic cross as a memorial to the Irish settlers who didn’t quite make it. This shows that although things may not have gone perfectly at the time, the region still shows respect to its roots and the people who came before. 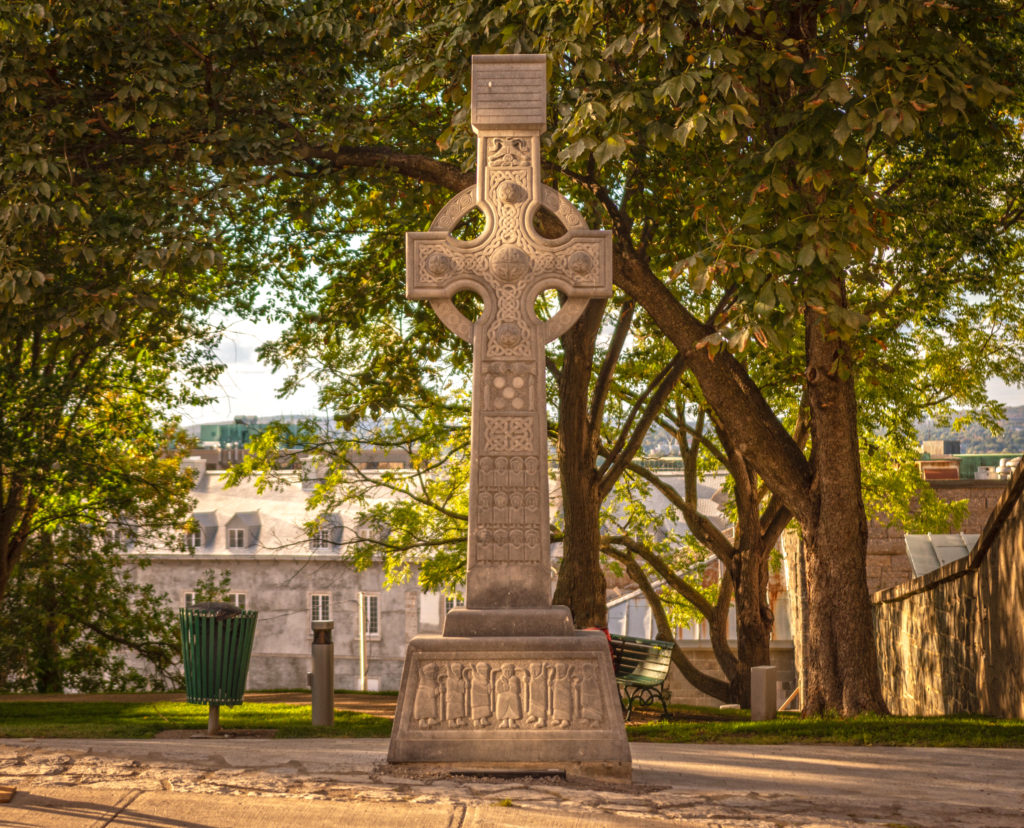 This is something that will shock no-one. While it’s most prominent on St. Patrick’s Day, Irish music is still a constant presence within Canada. A lot of Canadian folk music takes direct inspiration from Irish folk music. While it would be disingenuous to claim that music didn’t exist in Canada before Irish settlers arrived, the truth of the matter is that the influence of Irish settlers took Canadian folk music to a whole new level. It’s not just folk music either – some popular musicians also took inspiration from what Irish music had to offer.

Two members of the Mamas & the Papas had Irish roots, and this was often clear in their songs. You only have to visit a bar in Canada and you’ll hear Irish music playing. This isn’t just the case at Irish bars, but obviously it’s most prominent there.

You can find some fantastic Irish bars in both Newfoundland and Nova Scotia, so if you want to get a slice of home when visiting Canada, these are two places that will offer this opportunity. Irish music is one of the greatest gifts that Ireland has to offer and it’s showcased in Canada. 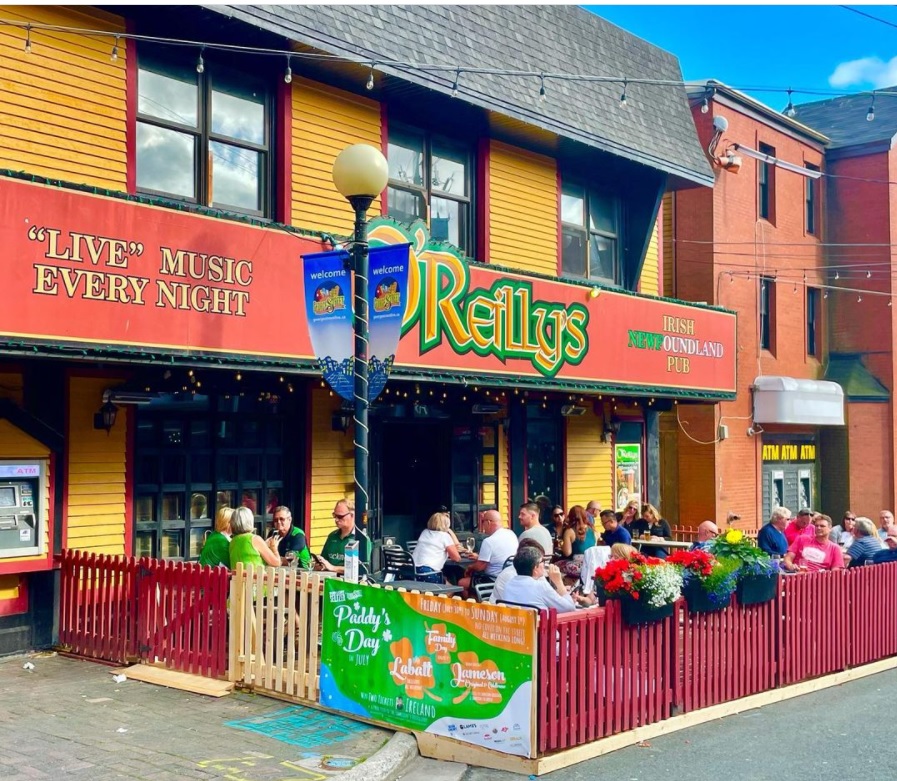