MORE than 50 years ago, a new-born baby was found abandoned in a box in an area known as Little Ireland in Manchester.

That baby was Karen Waterton, who at just five days old, weighing under six pounds, was left to fend for herself outside a building in Grafton Street wrapped in nothing but an oilskin.

Now aged 57, Karen is appealing to the Irish community in an effort to trace her birth parents, as a clues have pointed her in the direction of Ireland

“I didn’t know anything about being abandoned until after I had my own children,” Karen told The Irish Post. “But I’ve since found out that I was found in a box and then was taken to a children’s home before my parents adopted me.”

It was Grafton Street, on the steps of the Royal Ancient Order of Buffaloes in an area of Manchester known as “Little Ireland”, where Karen was abandoned.

The perfectly healthy 5 pounds 8 ounces infant was discovered in a cardboard box, wrapped in an oilskin, with a distinctive birthmark on her shoulder.

“Someone had obviously been taking care of me up until this point,” the mother-of-two said.

Unfortunately, this nugget of information is the only thing Karen knows about her first few days in the world. Even Karen's date of birth has never been certain - though she celebrates her birthday on March 23 - five days before the date she was found; March 28, 1958. 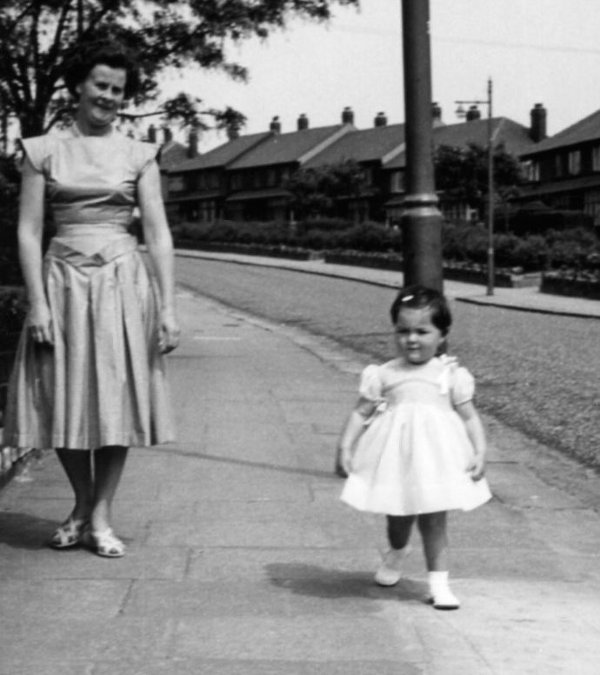 Karen as a toddler with her adoptive mother

In order to find out the truth about her birth parents, Karen has launched an appeal on Facebook in the hope of locating information on her roots.

The appeal has been shared almost 100,000 times on the social networking site.

“Perhaps our birth family is in England or Ireland. Or they may have emigrated on the ships that left Liverpool at that time to Australia, the U.S. or even Canada?” Karen wrote.

Her campaign to find her birth parents has been gaining momentum since she first looked into her heritage in 2009 – and it was a DNA test has steered her search towards the Irish community.

“I had a DNA profile done which said that I may have Irish heritage,” said Karen. “People have always said I look Irish too so there might be a clue in that.”

But despite her years of searching for clues, there has only been one lead in Karen’s quest so far. In 2009, a woman came forward believing she may be Karen’s birth mother. After an agonising six month wait for DNA test results, the test came back negative.

Her childhood, though loving, always left Karen feeling a bit left out.

As a baby, she was given the name Elizabeth Rylands, before being adopted into a local family and being renamed.

She was still a child when her adoptive mother told her she was “special” because they were able to choose her – but after teasing from local children, Karen realised being adopted was “not something to be proud of”. 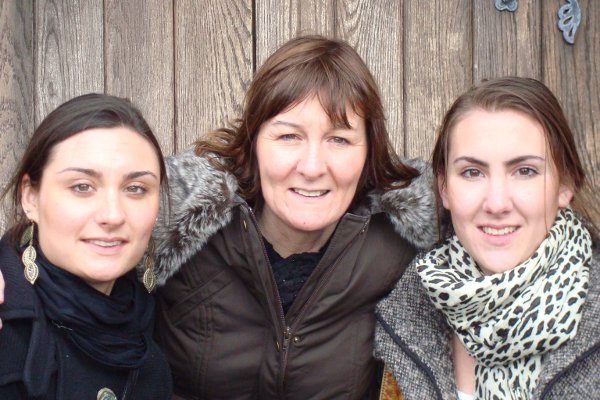 Karen with her two daughters - her only known blood relatives

Now, time is ticking and Karen is determined to find some clue of her background before it is too late.

“The more time that passes, the less time I have to find out what happened when I was born,” Karen said.

“Perhaps my birth mother didn’t know I was abandoned, she could have been told I was being put up for adoption or whatever,” she said. “But there is no ill feeling about what happened. I don’t want to open a hornet’s nest, I just want to know. I will completely respect the privacy of anyone who comes forward.”

The link to Little Ireland, along with the results of her DNA profile, has given Karen fresh hope – and she believes that somebody in the Irish community in Britain may be able to give her a clue that could end her search.

If you or anyone you know may have information about Karen’s parentage, or may have been in the Manchester area in 1958, call James Mulhall on 0208 900 4354 or email [email protected]://http://irishpost.co.uk.