A COPY of Adolf Hitler's secret plan to invade Ireland during World War 2 has been sold at auction for €1,100.

The intelligence handbook, which outlines plans of a Nazi offensive against Ireland, sold at an auction hosted by Purcell Auctioneers - who noted that the secret documents were "of the utmost rarity".

It reportedly features a detailed military study of the geographical landscape of the west of Ireland - where Hitler planned to land his army.

It includes thousands of illustrations, photos and maps of Ireland, concentrating on bridges, landmarks, industrial centres and transport links. It also noted the vegetation, climate, and weather of the island.

The estuary of the River Shannon was targeted as the ideal place for the Nazis to land an amphibious invasion, and Ireland's excellent road links were considered a massive boost.

The invasion of Ireland was codenamed Operation Green (Unternehmen Grün), and was completed by an unknown German officer known by the alias "Hadel" in 1941.

It was designed to support Operation Sea Lion, the Nazi's planned invasion of the United Kingdom, which never came to fruition.

Some have speculated that Germany never actually intended to invade Ireland and that Operation Green was simply a diversionary tactic used to draw British troops into Northern Ireland who might otherwise be sent to aid the defence of mainland Britain had Operation Sea Lion gone ahead.

Others believed it was a serious invasion plan, intended to give the Luftwaffe direct access to both Britain and the Atlantic Ocean where it could intercept and destroy American ships bringing supplies to the Allies. 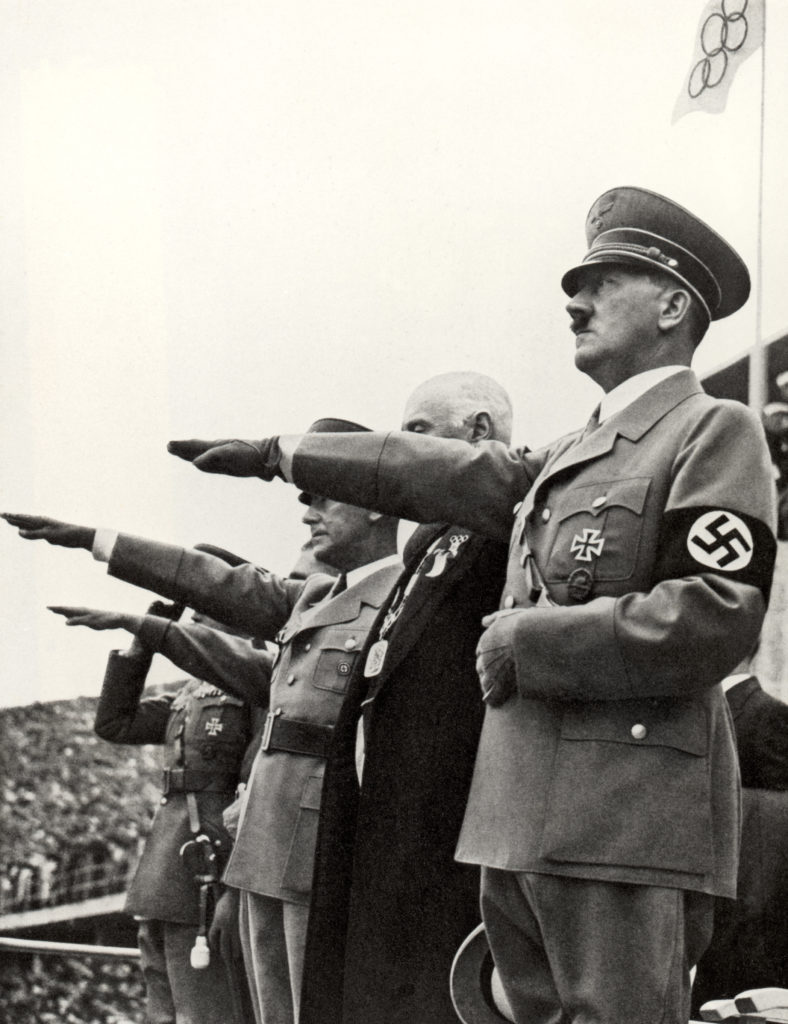 BERLIN - AUGUST 1: Adolf Hitler and his staff salute the teams during the opening ceremonies of the XI Olympic Games on August 1, 936 in Berlin, Germany. (Photo by Getty Images)

Ultimately, Hitler's focus for much of the war was on the Eastern Front.

Operation Barbarossa - the invasion and destruction of the Soviet Union - occupied the majority of Germany's forces, and only once the Soviets were defeated could Hitler turn his attention properly to the west.

Ireland was a neutral state during the war, and despite the fact that German submarines and U-boats had been allowed to sail freely in Irish waters, the Nazis believed their invasion of Ireland would be resisted by local forces, particularly as many Irish soldiers were fighting alongside the Allies on the Western Front.

They planned to attach forward-facing guns to their boats to fight off any Irish resistance and troops were instructed to assume defensive positions upon landing.

Operation Green dealt only with the plan for invasion. No details were included on any subjugation of the population or eventual conquest of the island, though it noted that many in Ireland supported the Third Reich due to resentment of the British.

Due to the lack of detail in the plan, many have suggested this indicates Operation Green was indeed nothing more than a diversionary attack. But it's frightening to think what could have been if it wasn't.