AN ADORABLE disabled rescue dog is doing his best to help lift spirits in schools across Northern Ireland during the coronavirus pandemic.

Born in China, Henry was left with a broken back after being attacked by another dog in the Far East.

It was an attack that left his back two legs permanently paralysed.

Unable to walk, his owners simply left him to die.

Yet his life changed when Sharon Warnock, a woman from Co Armagh in Northern Ireland came to his rescue.

After learning about the suffering Henry had endured, she paid for him to fly from China to Northern Ireland to live with her. 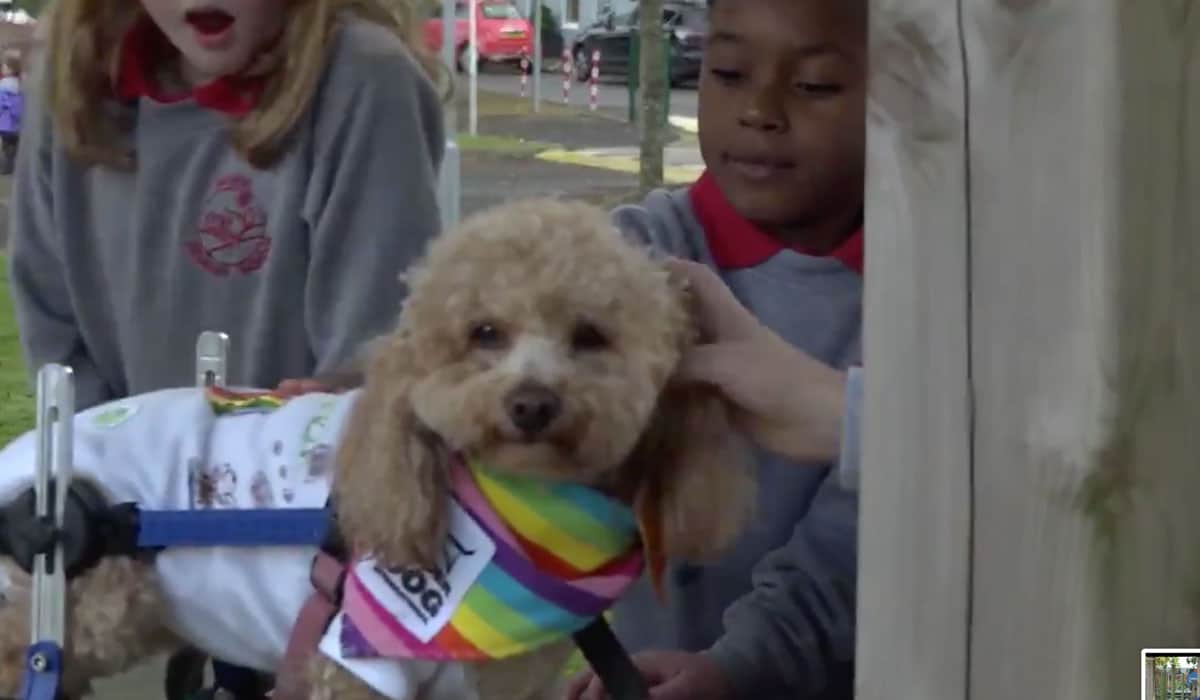 Henry was then given a new lease of life thanks to a specially adapted wheelchair that allows him to go about his day, exploring the world around him.

But now Henry has been given a special role as an emotional support dog of sorts for children from local schools across Co Armagh.

A relatively new concept, emotional support animals are on hand to provide comfort and, in some instances, to help relieve a symptom or effect of a individual's disability.

Henry Wee Wheels, as the toy poodle is affectionately known, had been left to die in China after suffering terrible injuries in an attack by another dog, is now helping school children in Co Armagh during the pandemic 🤗 pic.twitter.com/iWRBeTtTtI

Now deployed in schools across Co Armagh, Henry Wee Wheels has been a welcome addition to the staff in these testing times.

Principal Colin Ford of Moira Primary School told UTV: “The children see Henry as a trusted friend, as a confidante.”

“Children will give information to him that they wouldn’t necessarily give to another adult within the school or even to other children, in the worry that maybe children would go and tell others.” 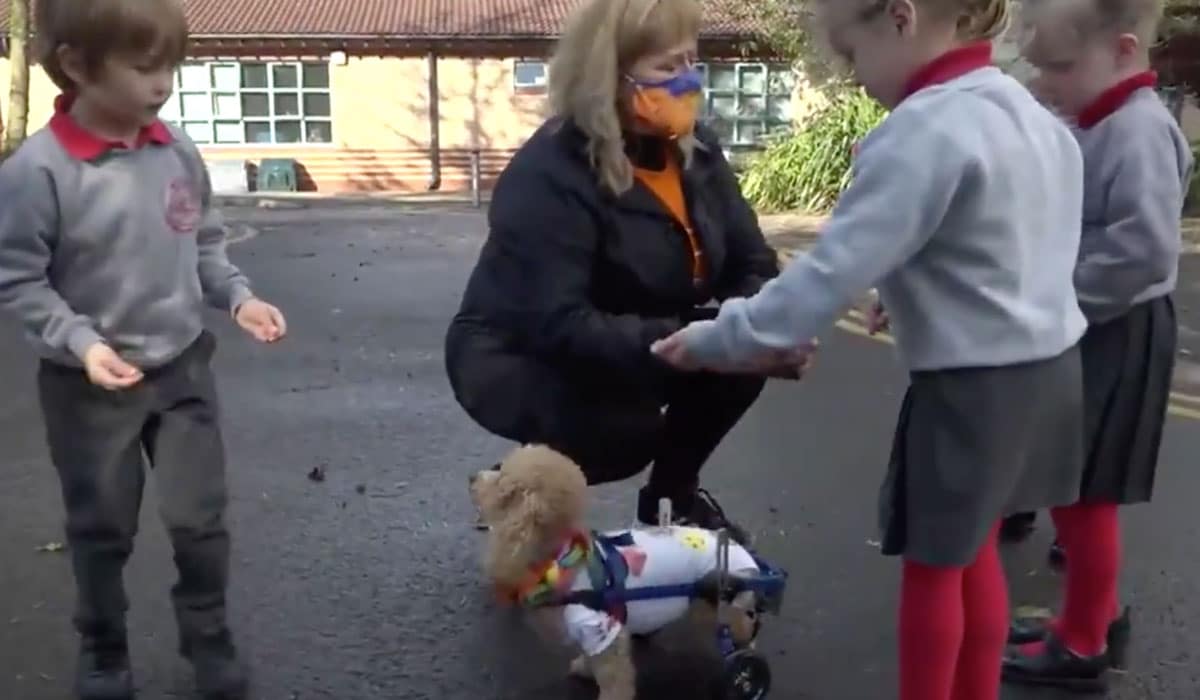 Henry’s new role is an immense source of pride for Sharon.

In fact, she believes his experience “can teach us all so much”.

“He’s teaching children that the impossible can be achieved,’ she told UTV News.

“For a little disabled dog from China that really shouldn’t be here today, he has achieved great things.”