Young female driver at the wheel of her car, super tired, falling asleep while driving in a potentially dangerous situation - Road safety concept

A WORRYINGLY high number of Irish drivers have admitted that they struggle to stay awake while behind the wheel.

According to a new survey conducted by the Road Safety Authority (RSA), driver fatigue is a serious problem on Irish roads and one of the key contributors to severe injuries and fatalities.

Nearly a quarter (23.9%) of all motorists admitted that they had driven at least once - over the previous month - when they were so tired that they struggled to keep their eyes open.

The survey suggested that Irish drivers are more likely to drive in this state than road users elsewhere in Europe, with the European average at just 20%. 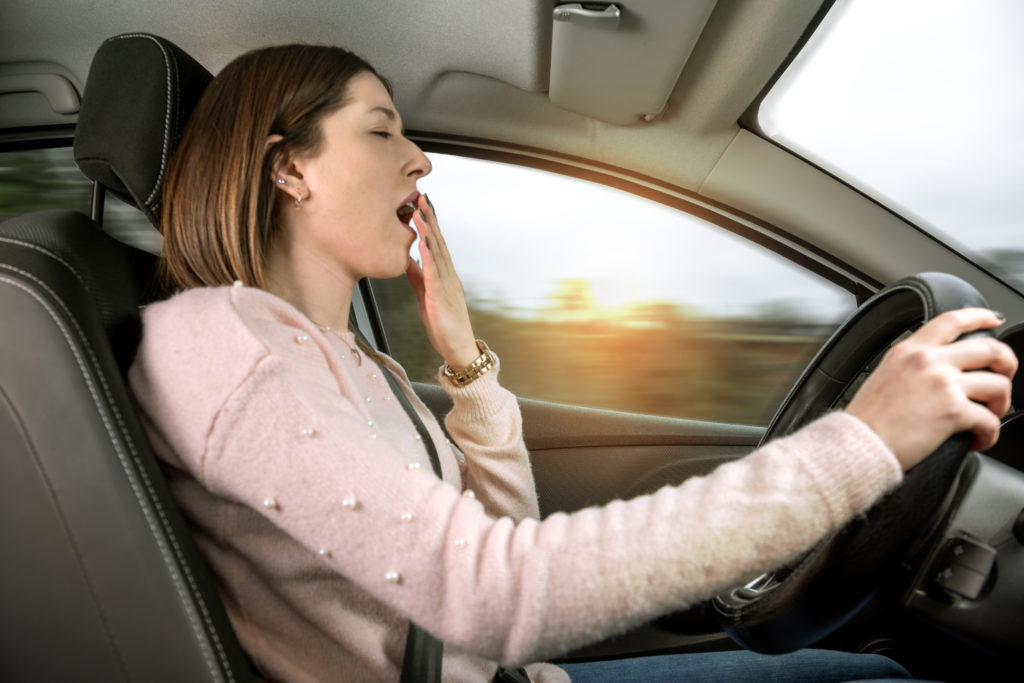 A study of Driver Attitudes and Behaviour found that 16% of 1,000 drivers surveyed said that they had fallen asleep or nodded off while behind the wheel.

Liz O'Donnell, chairperson of the RSA said: "Fatigue is estimated to be a contributory factor in a staggering one in five driver fatalities on Irish roads."

"That's a statistic that is sure to jolt you awake and demonstrates why driver fatigue is often referred to as 'the silent killer'," she added.

"The advice for drivers suffering from fatigue and who find themselves fighting sleep at the wheel is simple: Stop, Sip, Sleep.

"Pull over safely, drink a caffeinated drink and take a 15-20 minute nap. By the time you restart your journey, the caffeine should have taken effect and you should be able to safely drive for another hour or so.

"However, you just can't fight fatigue. The only cure for driver fatigue is sleep."

Irish women are better drivers than men according to new research