ALISON HAMMOND has been named TV presenter of the year by Heat magazine.

She beat off competition from the likes of Ant and Dec, Dermot O'Leary and her predecessors on ITV's This Morning, Eamon Holmes and Ruth Langsford.

"Oh my goodness! Thank you so much," Hammon said in response to the news.

"This means a lot to me. I know exactly where it's going to go - in my downstairs toilet where all my hundreds of award are," she joked.

"This is actually my first one, so thank you so much."

It comes amid a wave of controversy surrounding her This Morning promotion, with many people still furious about the way in which Holmes and Langsford were ruthlessly axed from the show. 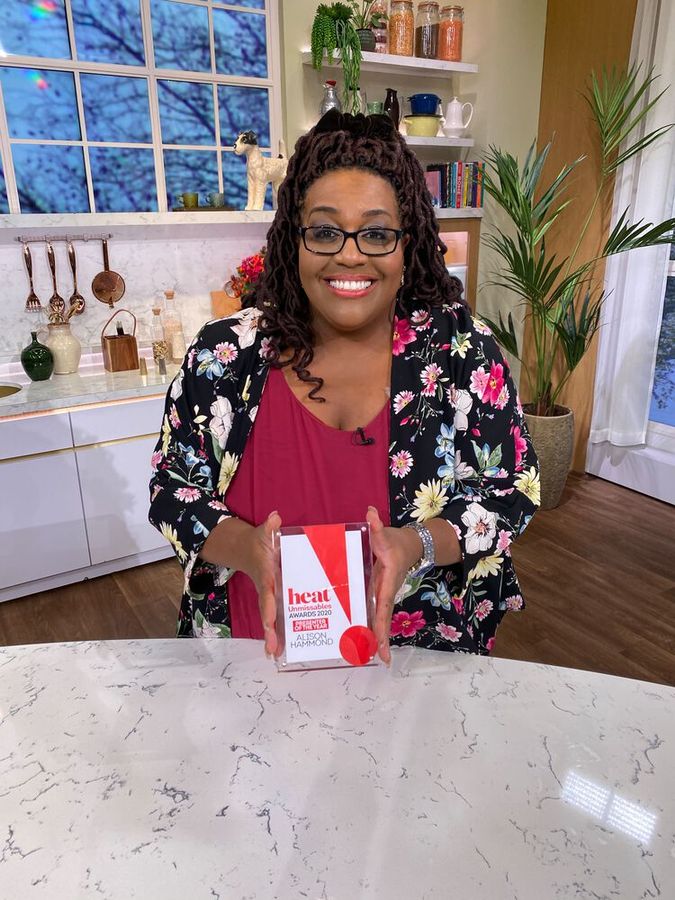 Alison Hammond was named Best TV and Radio Presenter for 2020

Many viewers have threatened to boycott the programme once Alison and her co-host Dermot O'Leary take over in January.

Shortly before she and her husband were officially dropped by ITV, Langsford hit out at Hammond for being inexperienced, claiming she and and Eamon had "put the work in" and hadn't been handed a career in television off the back off an appearance on reality TV, in a dig at Hammond's appearance on Big Brother in 2002.

Still, in spite of the controversy, Hammond still did enough to land TV and Radio Presenter of the Year, as part of Heat's Unmissable Awards.

Elsewhere, Normal People won the award for Best Binge-Watch of the Year, with Irish actor Paul Mescal also picking up the ward for Actor of the Year.