Could Ireland win the Premier League? We created an all-Irish fantasy league team to find out

THERE WAS a time almost every Premier League team featured at least one great Irish player.

Roy Keane, Jason McAteer and Damien Duff were just a few of the notable names that starred in the English top-flight back in the day. It was a glorious time for Irish soccer and, while those halcyon days may be behind us now, there's still plenty of Irish talent knocking about in the Premier League.

And don't worry, despite their Irish heritage, none of Harry Kane, Declan Rice or Jack Grealish have been included. 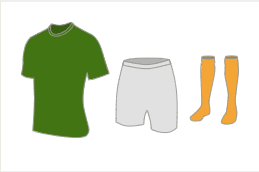 Available from exactly zero outlets, The Irish Post is already dreaming that our eventual fantasy league success (top of the global league) will see the kit made for real and sold the the "fans" of our Irish only fantasy team. The imagination is a wonderful thing, isn't it? 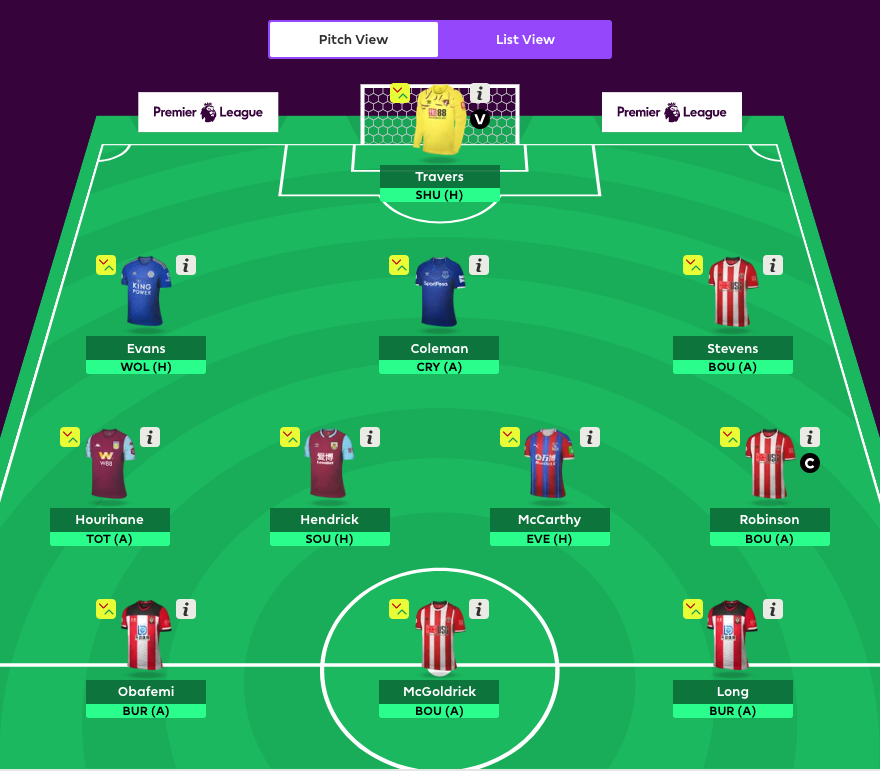 The Irish Post FC begins life with an attacking 3-4-3 formation, eager to start on the front-foot and get some points on the board. Let's have a closer look.

Travers broke through at Bournemouth last season, becoming the 15th youngest goalkeeper to appear in the Premier League. The former Shamrock Rovers man went on to keep a clean sheet in a 1-0 win over Tottenham and generally impressed when given his chance.

With Cherries' number one Artur Boruc now 39, the hope is that Travers will keep his place. Otherwise, The Irish Post FC could be starting with zero points in goal.

The team's strongest department, Leicester City and Northern Ireland defender Jonny Evans is a dependable presence at the back and has been known to contribute a goal or two, mostly from set-pieces.

Though past his Everton peak, Seamus Coleman also offers defensive stability alongside a knack for assists while Enda Stevens is another attacking full-back who scored four times for Sheffield United last season and played a key role in their promotion to the Premier League.

An eclectic Irish midfield with plenty of potential for goals, Irish Post FC's ace-in-the-hole could come in the form of Conor Hourihane.

A fine crosser of the ball, Hourihane is decent in the air and with the ball at his feet, scoring a variety of goals for Villa last season and laying on countless assists. Alongside him comes Jeff Hendrick, a midfielder battler with an absolute scud-missile of a shot on him.

James McCarthy's arrival at Crystal Palace could signal the start of a new beginning for the Irishman, meaning he gets the nod following a minor midfield injury crisis.

New Sheffield United signing Callum Robinson scored 12 goals for Preston in the Championship last season and, despite playing mostly as a forward, has been put in the category of midfielder on the Premier League fantasy game, making him a prime candidate for the captain's armband.

How the Irish Post FC longs for the days of Robbie Keane. Instead, the team is led by a forward line that bagged just six Premier League goals between them last season.

Of the three, Michael Obafemi is the most intriguing. The 19-year-old made history last season by becoming the Saints' youngest Premier League goalscorer. Though injury hampered his subsequent impact, under Ralph Hasenhuttl's tutelage he could kick on this campaign.

Then it's on to the mercurial talent of David McGoldrick. An undoubtedly talented player, injuries are the main reason McGoldrick hasn't had a better career - but that could change. An injury-free season with Sheffield United last season saw him bag 15 goals and the club's Player of the Year award in the process.

It's difficult to know how much game-time Shane Long will get, but he ended last season on a high with four goals in Southampton's final seven league games, including the fastest goal in Premier League history. Given his work-rate alone, you would expect a goal or assist at some point.

Ciaran Clark is far from guaranteed a start for Newcastle and with Arsenal coming to down is understandably dropped. The same goes for Shane Duffy with Brighton's tricky trip to Watford in the offing.

The big news concerns Robbie Brady. A solid goalscorer for Burnley, he's given a 25% chance of playing against Southampton which is a shame, as a fully-fit Brady would definitely get the nod. Never mind, Robbie, there are plenty more games to play - good luck to the Irish Post FC.

An update on Irish Post FC will return on Monday after the dust has settled on the Premier League opening weekend.