A STATUE of Swedish activist Greta Thunberg which has been installed at a university in the UK has sparked anger and confusion among local students who see it as a total waste of money.

The £24,000 (€27,000) sculpture, which was unveiled at Winchester University on Tuesday, is believed to be the only life-sized statue of Thunberg in the world.

University bosses said they believe the statue, titled Make A Difference, would act as an "inspiration" to everyone on campus, but the student union disagreed, calling the statue a "vanity project".

Megan Ball, president of Winchester Student Union, described Thunberg as a "fantastic role model to everyone, as someone who speaks loudly and proudly about important global issues," but said that the union couldn't support the sculpture itself, arguing the money could've been put to better use elsewhere.

"We're in a Covid year, lots of students haven't really had access to campus, lots of them are trying to study online and are in dire need of support," she said.

"We are calling on the university to match the statue cost by committing £24,000 in additional funding to student support services across campus. 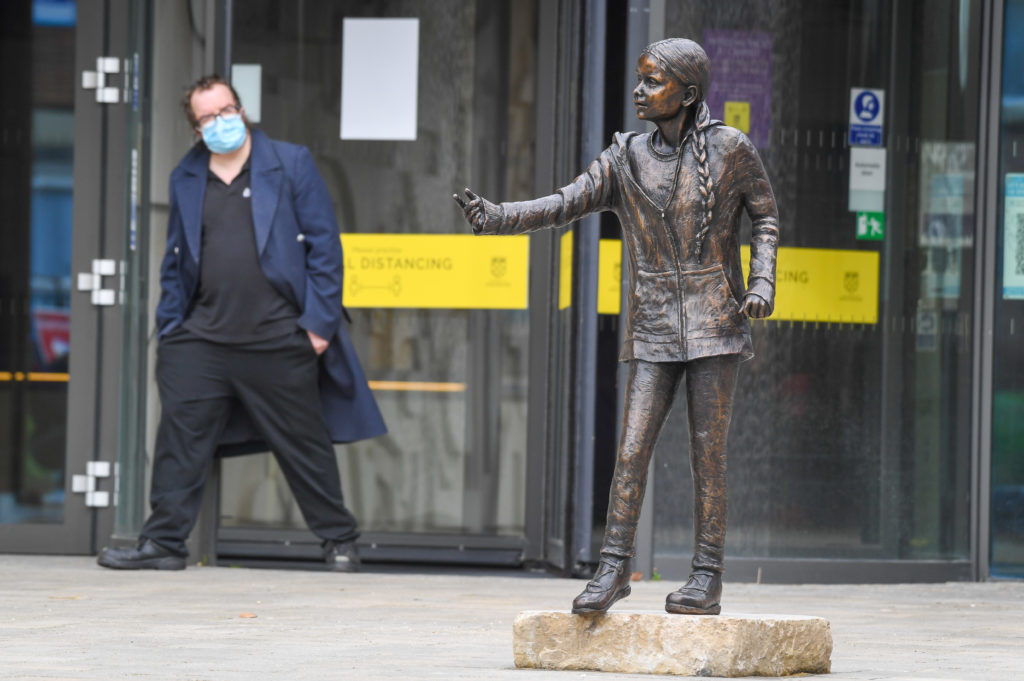 The Greta Thunberg statue on March 31, 2021 in Winchester, England. The school's student union was critical of the money spent on the statue, calling on the university to "match the statue cost by committing £23,760 in additional funding to student support services across campus." (Photo by Finnbarr Webster/Getty Images)

"We urge them to publicly face the critical issues which students are highlighting and provide a transparent breakdown of additional and existing financial support."

The Student Union also criticised the university for agreeing to spend so much money on the advice of outgoing vice chancellor, Professor Joy Carter.

Although Ms Carter claims that "no money was diverted from student support or staffing to finance the project".

"Greta is a young woman who, in spite of difficulties in her life, has become a world-leading environmental activist. As the university of sustainability and social justice, we are proud to honour this inspirational woman in this way," Carter added.

"We know that many find her a controversial figure. As a university we welcome debate and critical conversation."

The statue was originally commissioned back in 2019 and was created by British artist Christine Charlesworth.

The university said in a statement that it hoped the statue would become a symbol of its "commitment to combat the climate and ecological emergency."