Anthony Flynn has been fighting to end homelessness since founding the charity ICHH in 2013. (Instagram/ ICHH)

WELL-KNOWN DUBLIN politician and homeless activist, Anthony Flynn, has died at the age of 35.

Mr Flynn, an Independent Councillor for Dublin City, founded the charity Inner City Helping Homeless (ICHH) and has been vocal in the call for change throughout the housing and homelessness crisis, often being among the first to raise the alarm when a person had died on the streets of Dublin.

Yesterday, the body of 35-year-old Mr Flynn was discovered at a property in the East Wall area of Dublin, RTÉ News reports.

While Gardaí are investigating "all the circumstances" surrounding his death, Mr Flynn's death is not being treated as suspicious.

Inner City Helping Homeless paid tribute to their CEO and founder, writing on social media that they were "broken hearted".

"This tragic loss is a source of deep shock to all of us at ICHH. We wish to express our sadness and deepest condolences to his family and friends at his sad passing. 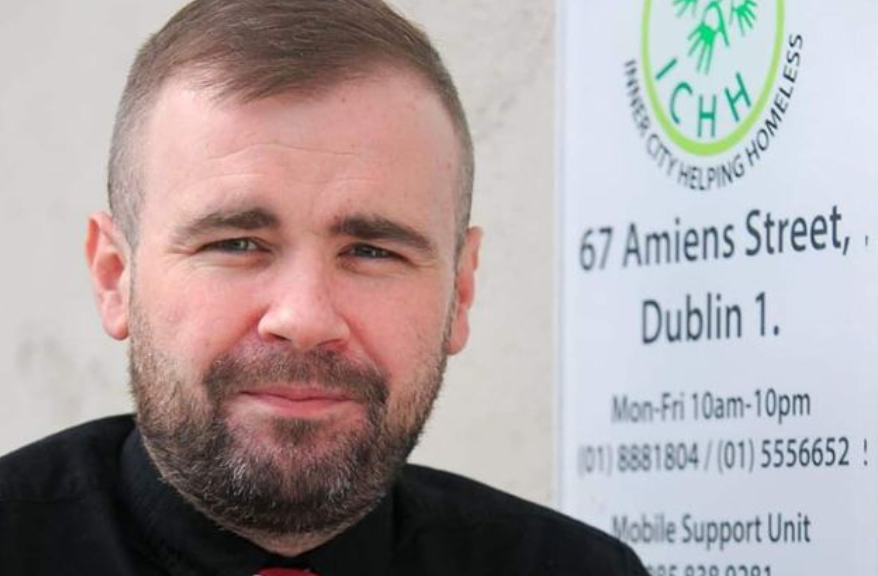 Anthony Flynn has been fighting to end homelessness since founding the charity ICHH in 2013. (Instagram/ ICHH)

"Anthony was a person who passionately cared about the plight of the homeless and fought to give them a voice and a home. As one of the founders of ICHH, he turned that belief into action.

"Anthony’s passing is a tragedy and we are all joined in expressing our condolences to Anthony’s family, friends, and colleagues."

They added: "ICHH is committed to continuing the necessary work begun by Anthony.

Dublin City Council said it was "saddened to hear of the untimely death" of Mr Flynn, who was elected an Independent Councillor for the north inner city in 2019.

"The Lord Mayor, Alison Gilliland, on behalf of Dublin City Council, extends her deepest condolences to his family and friends at this difficult time."

It is believed that Mr Anthony Flynn died in 'tragic circumstances', The Irish Examiner reports.

The ICHH founder had been questioned by Gardaí earlier this month after being accused of sexual misconduct, and had been suspended from the charity.

It is believed that Mr Flynn was not arrested, and had not been charged with any crime.