A POSITIVELY heavenly mahogany cabinet is causing a stir in Ireland after an antique dealer spotted a vision of Virgin Mary herself on it.

Vintage Vendors antique shop in Tralee, Co Kerry, took to social media to share its miraculous discovery within the wood grain of the cabinet’s door.

“A rather interesting cabinet is causing a bit of a stir at the shop here in Moyderwell,” they wrote on Facebook.

“What is interesting about the piece is people's interpretation of the natural pattern of the wood grain on the door, which to many has a striking resemblance to that of The Virgin Mary.” 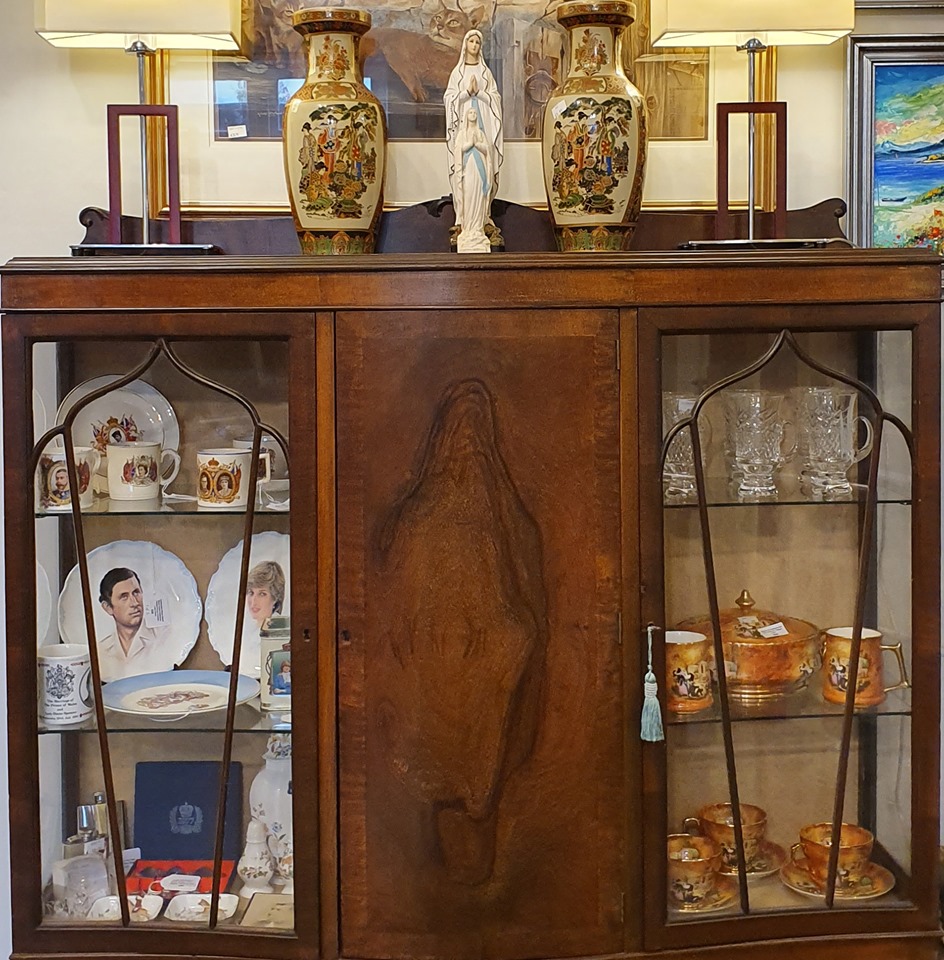 That’s not the only thing that’s fascinating about this particular piece either.

“If the door is removed and turned upside down the image can be interpreted in the same way,” the dealers added.

As if further proof was required, one visitor even produced a statue of “Our Lady of Lourdes” to compare the image against and the resemblance is striking to say the least. 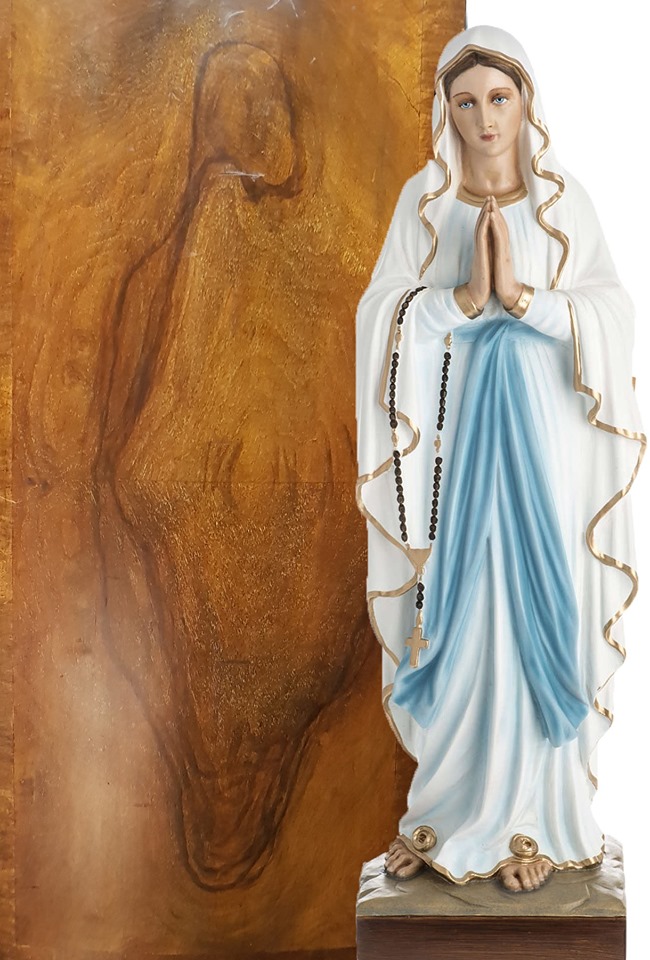 Little else is known about the piece, other than the fact it is an Edwardian mahogany display cabinet c. 1910 - 1915 stamped Greenlands Ltd, Hereford England.

It arrived at Vintage Vendors via a residence in Northern Ireland and is already on its way out.

The piece has been purchased by a Tralee man. He is truly blessed.