DUP leader Arlene Foster has said her party's opposition to gay marriage "remains its position" after she attended the funeral of Lyra McKee alongside the murdered journalist's devastated partner Sara Canning.

Ms Foster stressed that while she sympathised with Ms Canning and the McKee family over the tragedy, "you shouldn't conflate sympathy and empathy with a political issue".

During Wednesday's emotional ceremony at St Anne's Cathedral in Ms McKee's native Belfast, Catholic priest Fr Martin Magill said he willingly acknowledged the love between her and Ms Canning from a pastoral point of view – adding that there is a variety of views on homosexuality in the Church.

In an interview on RTÉ Radio 1's Morning Ireland programme today, Ms Foster was asked for her view on Fr Magill's remarks about the late gay journalist – whose shooting death at the hands of the New IRA amid rioting in Derry's Creggan estate last Thursday has been condemned around the world.

"We have a long standing policy which hasn't changed, that remains the position of the party," Ms Foster said. 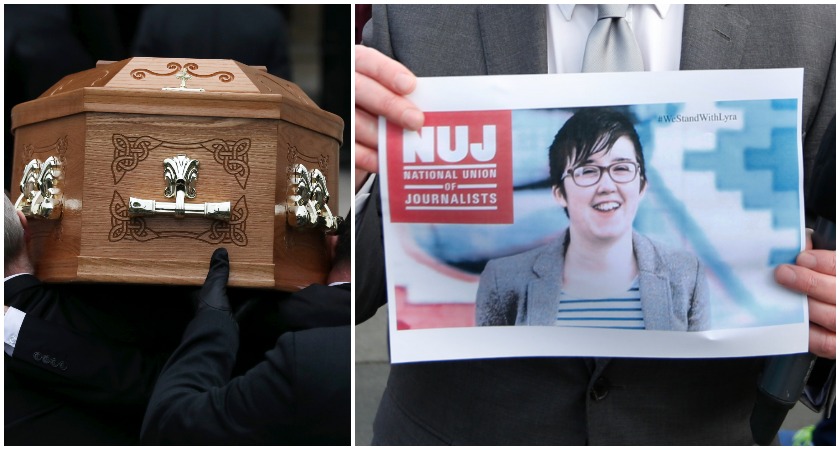 "That doesn't mean I cannot sympathise and empathise with Sara and say to her that we feel her love. Her loss was all of our loss because this was a young woman who was doing great things in journalism and living her life in a city that she adopted.

"You shouldn't conflate the two issues of empathy and sympathy and the political issue that is the definition of marriage."

The DUP has consistently opposed the legalisation of same-sex marriage in Northern Ireland since it was founded by Ian Paisley in 1971.

Ms Foster also said she shared responsibility with Sinn Féin for the lack of any power-sharing executive at Stormont, but stopped short of accepting that the political impasse – ongoing since January 2017 – contributed to Ms McKee's killing. 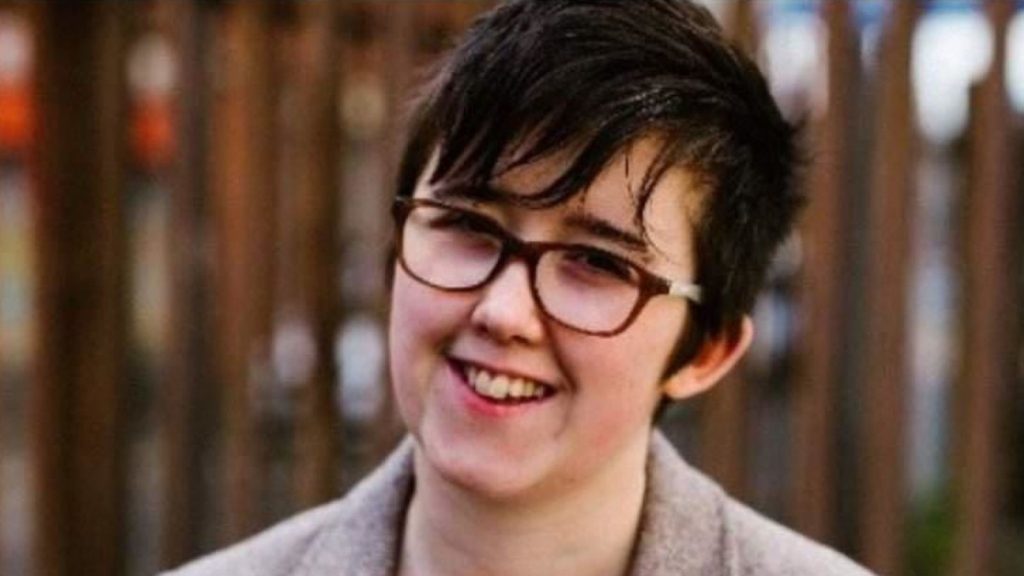 Lyra, 29, wrote extensively about her experience of growing up gay in Northern Ireland (Image: PSNI)

She called for the Northern Ireland Assembly to get back up and running "as quickly as possible", adding: "We need to have an agreement that works for nationalism and unionism. We want to see a balanced deal for all the people of Northern Ireland.

"It [the shooting] was fueled by people who wanted to use violence to further their own warped political agenda. That's why Lyra is dead and I think most people objectively think that is right.

"That's not to say say we don't share responsibility for not having an assembly, of course we do. It's wrong. That's why I believe we need to get it up and running as quickly as possible."

Speaking about the funeral itself, Ms Foster said Fr Magill spoke "very powerfully and plainly" about the desires of people in the North to see power-sharing restored at Stormont.

She said the ceremony had been "very moving" and described the violence in Derry that precipitated Ms McKee's death as being caused by the "warped political agenda" of dissident republicans, rather than the ongoing political vacuum in Northern Ireland.