THE ASHES of acting legend Peter O’Toole currently reside with the President of Ireland in Áras an Uachtaráin ready to be scattered near his daughter’s home in Co Galway later this year.

Kate O’Toole revealed the plans for her late father’s remains at a special memorial concert hosted at the Old Vic in London over the weekend.

Still Loitering – A Celebration of the life and work of Peter Seamus O’Toole brought acting finery from across the globe to O’Toole’s favourite London theatre venue on Sunday, May 18 – among them Kevin Spacey, Stephen Fry, Sinead Cusack and Benedict Cumberbatch.

President Higgins and wife Sabina, both long-term friends of the actor, were special guests for the occasion.

Actors Stephen Rea and Omar Shariff were among the 350 guests who attended the rambunctious showcase of words and acting which brought together friends, family and fans of the man whom ‘everybody loved’.

Princess Diana’s brother Earl Spencer was also in the crowd for the celebratory collaboration. 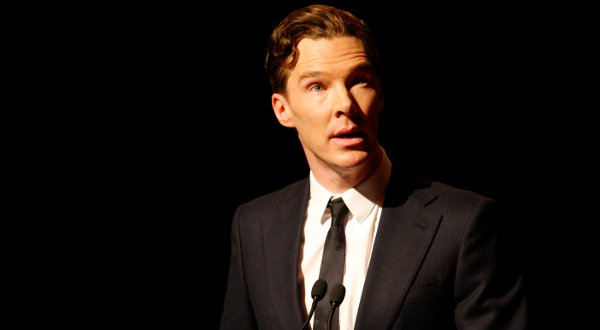 Benedict Cumberbatch was among the guests

Under the hilarious direction of MC Barry Cryer, those closest to O’Toole bade a final farewell to the Galway-born actor, who rose to fame following his role in Lawrence of Arabia in 1962 and enjoyed a consistently successful career until his passing in December 2013.

Sinéad Cusack read A Valediction Forbidding Mourning by John Dune, which she described as a ‘fitting love poem’ on a day celebrating the man ‘everybody loved’.

“All I was was an adoring fan who sat at Peter’s feet gazing awestruck at the legend,” she added. Elsewhere Old Vic Artistic Director Kevin Spacey gave a series of expletive-ridden anecdotes from his years spent ‘learning’ from the industry stalwart, who remained a regular at the Old Vic right up until his death, with a tendency to tell Spacey ‘exactly what he thought’ of each and every performance.

Sharing his unshakable affection for the Irish actor, Spacey added: “As long as this theatre is standing his spirit is alive and well, in this very building.” 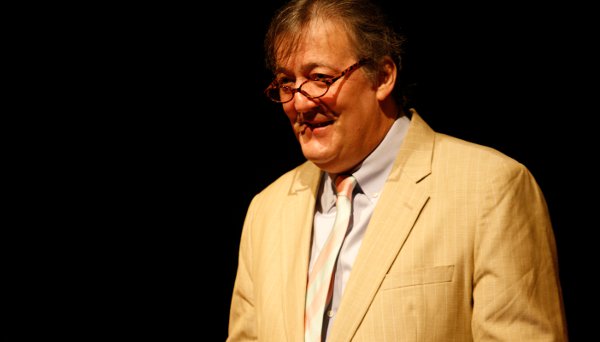 With the likes of Fergus Slattery, Trevor Eve and Albert Finney also on the bill, the tributes came thick, fast and emotionally, but the laughter never stopped.

But it was daughter Kate who gave the audience the most up to date account of O’Toole’s journey, sharing the news that his body lay in state in a north London morgue alongside that of London criminal Ronnie Biggs, ahead of his funeral last December.

“That would have tickled him,” she added, before revealing that his ashes are currently residing with his ’very good friend ‘President Higgins, until the family buries them later this year.

“They will be buried near my place in Galway overlooking the sea and the islands where his roots were,” she explained. “The west of Ireland was the most important place in the world to him.” 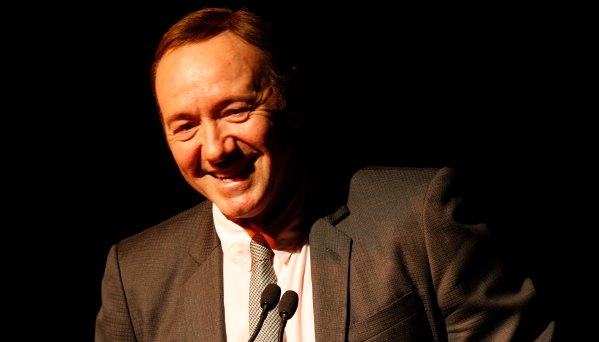 Kevin Spacey shares a joke with the audience

It was revealed by Stephen Fry, who claimed the prize ‘expressed’ Peter’s passion for young people and ‘keeping the art of the theatre alive’.

The showcase closed with a series of musical numbers, including The Galway Girl by Mundy and Sharon Shannon and a choir-led version of The Parting Glass, which brought a poignant end to a rousing afternoon.