FOOTAGE has emerged of a baby asian elephant which appears to show it collapsing due to exhaustion while tethered to its mother.

The mother was carrying tourists on her back during an elephant procession at the Nong Nooch Tropical Gardens in Pattaya, Thailand.

An onlooker captured footage of the baby, believed to be around a year old, struggling to get back to its feet as temperatures soared to around 40 degrees.

Someone in the background can be heard saying “Oh no he’s tired” as the infant elephant rolls around on the ground.

Only after some gentle encouragement from its mother does the calf get back to its feet and continue in the procession.

According to the person who filmed the incident, a Filipino tourist visiting from neighbouring Myanmar, the little elephant was exhausted from walking around all day attached to its mother who was ferrying tourists from place to place on her back. 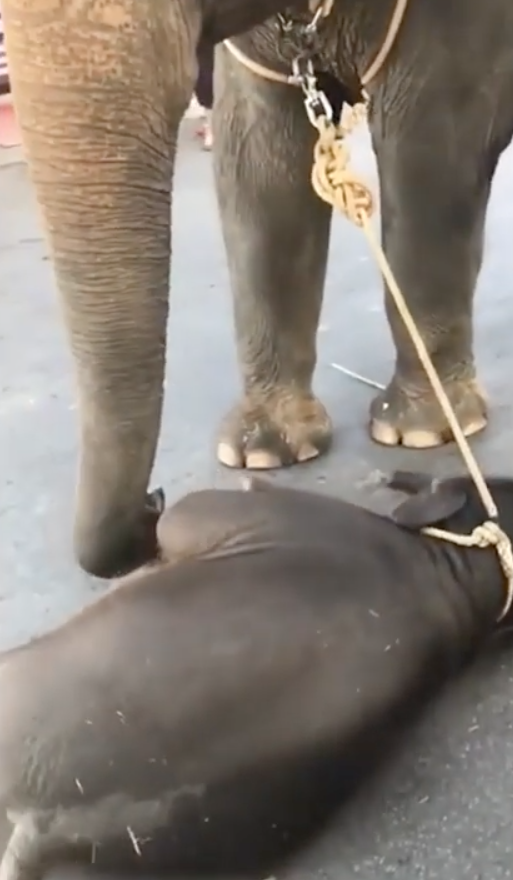 The calf flops to the ground due to the heat 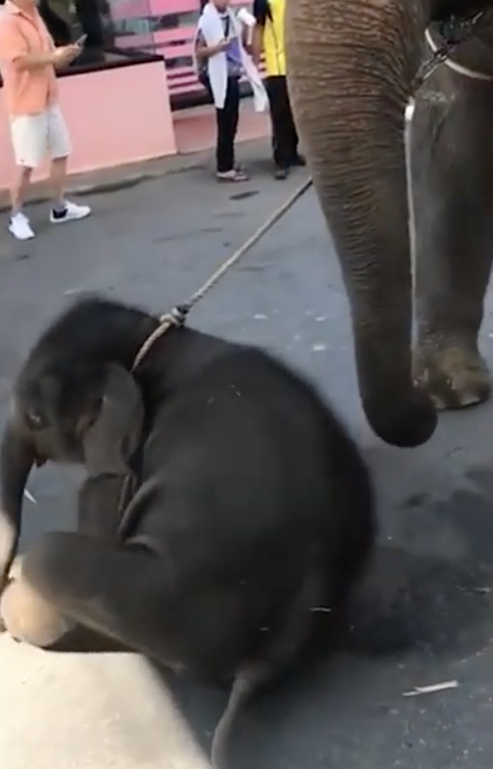 And struggles to get back to its feet

She said: “There are many more baby elephants tied with their mother walking around with tourists at their backs enjoying under the heat of the sun while these elephants are suffering.

“This one baby elephant was so exhausted, and you can see the mother comforting and encouraging her to stand.

“I’m just concerned for the elephants and want to make sure their welfare is taken care of,” she added. 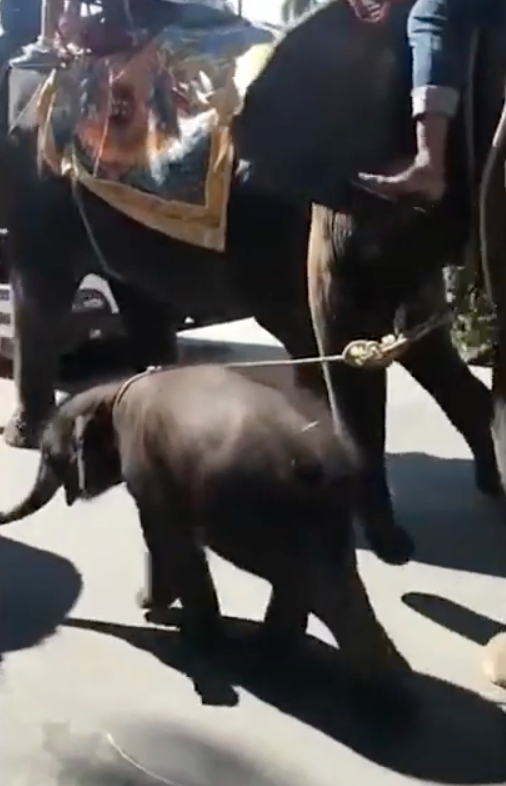 A spokesperson for the Nong Nooch Tropical Gardens denied that the elephants were tired or being mistreated, however:

“All of the elephants are healthy and treated very well. If there is a problem they are treated by vets,” said the spokesperson.

“All of the babies here are healthy.”

Animal mistreatment is common throughout Asia, especially when it comes to elephants, however many who ferry tourists and perform in shows do so in order to fetch the money that pays for their food, medicine and habitats, and not all are treated without love and care.