FAMILIES of the Ballymurphy massacre victims have reacted angrily to the British Government’s refusal to open a fresh inquiry into the 1971 incident.

Relatives of the 10 people shot dead by British paratroopers in the west Belfast district said they were “shocked and outraged” by the decision.

They also accused the British Government of treating them in a “disrespectful and shameful manner”.

The news comes after the Irish Government pledged its support for the families’ proposed independent panel to examine all documents and papers relating to the killings.

Taoiseach Enda Kenny also raised the subject with Prime Minister David Cameron during their annual summit in March, telling his British counterpart of “the strength and reality and power of their stories, which remain not concluded”.

But the victims’ relatives were left in dismay this morning when Northern Ireland secretary Theresa Villiers told them that Britain would not join Ireland in backing the investigation.

A priest and a mother-of-eight were among the 10 people shot dead by British Army soldiers over three days in Ballymurphy in August 1971. 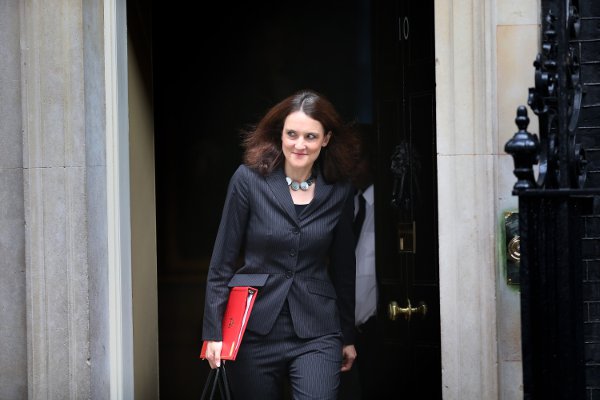 Northern Ireland secretary Theresa Villiers today told the families that Britain would not join Ireland in backing the investigation.

“In my view, the balance of public interest does not favour establishing an independent review,” Ms Villiers said.

“I do not believe that such a review would provide answers which are not already in the public domain or covered by existing legal processes.”

The Conservative MP added that while she was “very moved” by the families’ stories of pain and loss, she did not want a new inquiry to compromise existing legal mechanisms, including on-going inquests into the Ballymurphy deaths.

But the families accused the British Government of treating Troubles victims like “second class citizens”.

“We have led our campaign for truth and justice in a dignified but determined manner and deserve the opportunity to have the innocence of our loved ones proven,” said John Teggart, whose father died after being shot 14 times in the massacre.

“We feel that the Conservative-led British Government is treating us in a disrespectful and shameful manner.”

Accusing David Cameron of hypocrisy, he highlighted the fact that their proposals mirrored the State-funded investigation of the Hillsborough disaster, in which 96 football fans died.

“Are the 11 people who lay in their graves of different worth because they are Irish citizens?” Mr Teggart asked.