THE family of Clodagh Cogley, one of the Irish students injured in last month’s Berkeley balcony collapse tragedy, has shared her recovery journey online.

Twenty-one-year-old Clodagh, a psychology student at Trinity College Dublin, is recovering in a San Francisco rehabilitation clinic from her injuries.

She was one of 13 Irish students who fell 40 feet from a fourth floor balcony after it collapsed during a party they were attending.

Seven others were injured, some seriously.

“The chances of me using my legs again are pretty bleak,” she said in the post.

According to the latest update from her San Francisco hospital bed, Clodagh is “working hard and making progress”. 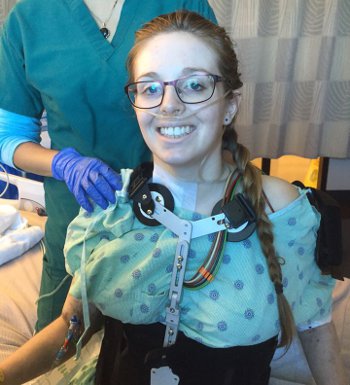 Clodagh sitting up in hospital, fitted with a brace. Picture: Facebook

An online fundraiser has been set up to raise money for the Cogley family, as their house will need to be adapted for wheelchair use and she will have costly medical bills. 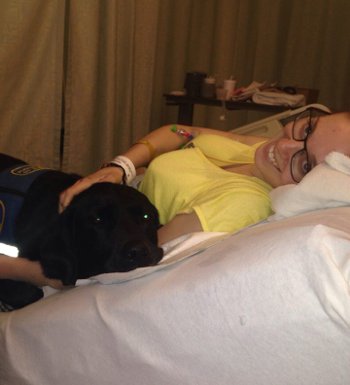 Clodagh recovering in bed with a black labrador. Picture: Facebook