"He is my best friend": Emotional scenes as elderly Tipperary man reunited with his dog who had been stolen and thrown from moving car

“WITHOUT FEAR of contradiction he is my best friend. Outside of human beings you couldn’t make a nicer friend.”

An elderly man in Tipperary has been reunited with his best friend, Duke, after thieves stole the pup straight out of someone’s arms the week before.

Jack Russell Terrier Duke had wandered out of his home and was picked up by a woman who recognised him as being the adored pet of Michael Kearney, 71.

She was bringing the dog back to Mr Kearney when a thief grabbed Duke from the woman’s arms and ran off with him.

Mr Kearney could not eat or sleep for days as he was so worried about his faithful pet, and in a heart-warming twist the pair were reunited earlier this week.

Local animal charity Limerick Animal Welfare (LAW) contacted Mr Kearney to let him know they had found Duke, who was microchipped and so could be identified despite the thieves removing Duke's collar and tags.

In a sickening act of cruelty, Duke had been thrown from a moving car and left in traffic, where a kind passerby brought him to the attention of LAW, leading to the emotional reunion.

Mr Kearney spoke to The Limerick Leader and told his and Duke’s story, which began with Duke’s ill-fated wander into town.

“He strayed up the town which he shouldn’t have done,” Mr Kearney said. “Duke was not too far away from my house but still further than he should have been. This kind lady came across him and knew that he belonged to me. She picked him up in her arms and was going to give me a ring because I have my phone number on his collar,”

“This chap came along. He asked, ‘Is that your dog?’ She said it was. He snapped the dog out of her arms, into a car and gone,” 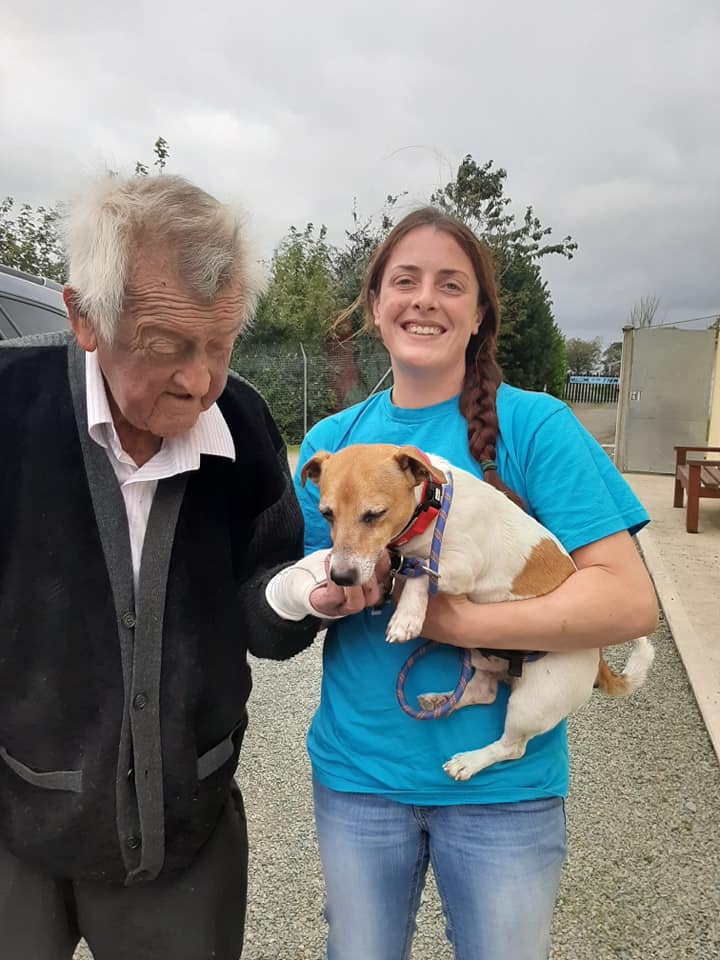 Mr Kearney, who lives alone but for Duke and suffers from health problems, described his heartbreak at losing his faithful friend.

“Oh Lord almighty it was like losing a family member when he was gone. I’ll never forget the week I put down. I couldn’t eat or sleep. I was fierce worried. I was up every morning at 7am to try and find him. I was driving all around looking for Duke. I was in the worst form possible. My kind friends and neighbours were also searching.”

“I got a call from Limerick Animal Welfare in Kilfinane. A kind lady called Marie O’Connor asked me did I own a little Jack Rusell Terrier. Jesus, I jumped! I said, ‘I do’. She said they had him in Kilfinane.

“The person who saw my dog being thrown out of a moving car in Caherconlish rang Marita Davis, of West Limerick Animal Aid. She came and collected the dog and brought Duke to Kilfinane. They in turn contacted me to say it was my dog.” 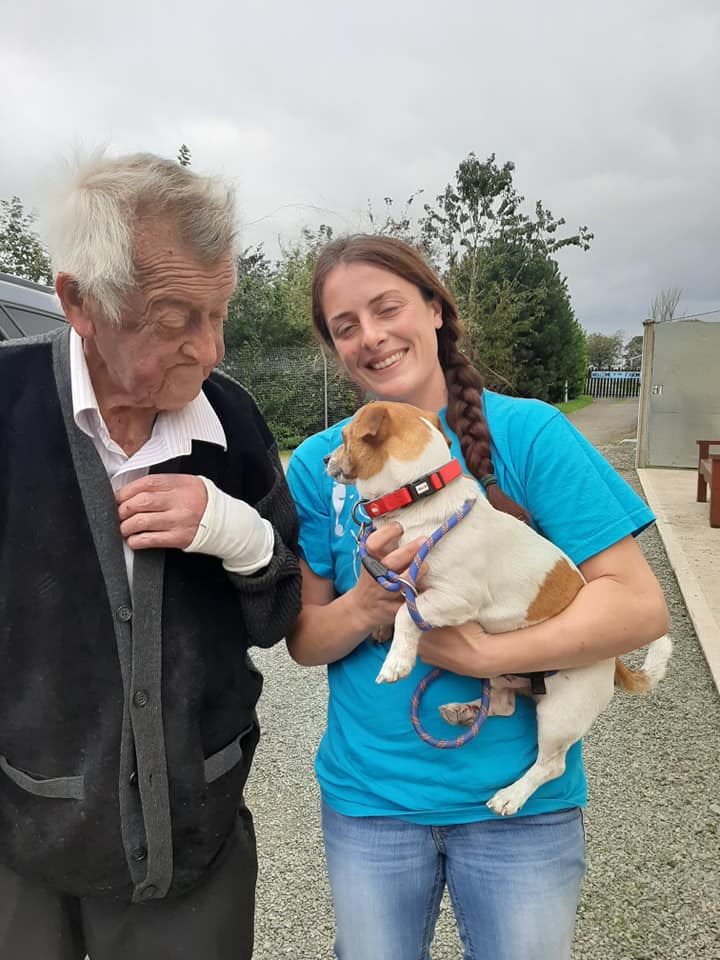 Walking on the high of what must have been the greatest feeling in the world, Mr Kearney set out to spread the news that he would be reunited with Duke the next day.

“I go for an auld glass of cider once or twice a week just to put down an hour and I could have gone around the pub kissing everybody. It was better than winning the EuroMillions. It was as good as Tipperary winning the All-Ireland.”

Describing the emotional reunion, Mr Kearney said that little Duke was “a little bit traumatised but gave me hugs and kisses”, and went on to ask “What kind of person could do a thing like that? How are people so cruel? I can’t understand it.”

While the people responsible for stealing Duke should be condemned for their horrible actions, Duke’s story has shown the best in people, and for that Mr Kearney is grateful.

“A million thanks to all the people who helped – my friends and neighbours, the kind person who saw Duke being thrown out of the car and contacted Marita, Marita for collecting him and Marie in Limerick Animal Welfare for returning him to me.”

If you want to check out more of the great work that Limerick Animal Welfare do, you can visit their page here.