PRESIDENT TRUMP has dealt a blow to Irish students and workers hoping to travel to the US by extending the ban on J1 and temporary work visas.

Ever since the coronavirus outbreak, travel restrictions have been in effect around the world, and a ban on green cards issued outside the States has now been extended until the end of the year.

A number of temporary work visas have been added to the immigration freeze, including J1, which is frequently used by international students looking to spend a short-term stint studying in America. 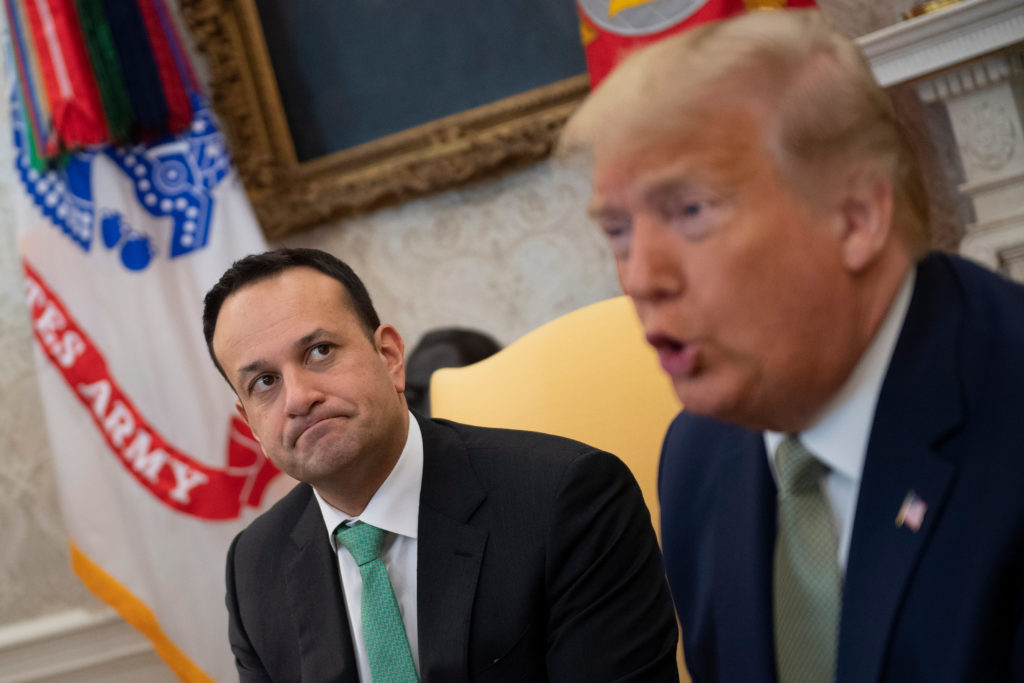 Ireland's Prime Minister Leo Varadkar listens while US President Donald Trump speaks to the press before a meeting in the Oval Office of the White House March 12, 2020, in Washington, DC. - US President Donald Trump defended his decision to announce a suspension on arrivals from the EU without informing European governments, telling reporters Thursday there wasn't enough time.His remarks came after the presidents of the European Commission and European Council reacted with anger to the suspension Trump announced "unilaterally and without consultation" on Wednesday."I didn't want to take time," Trump told reporters in the Oval Office when asked about the criticism. "It takes time... We had to move quickly." (Photo by Brendan Smialowski / AFP) (Photo by BRENDAN SMIALOWSKI/AFP via Getty Images)

Trump's administration says that unnecessary further spread of Covid-19 isn't the only reason for the extension. They also claim that the ban will free up around 520,000 jobs in an otherwise troubled economy.

The ban, which takes effect on Wednesday, also applies to H-1B visas, which are widely used by major American and Indian technology companies, H-2B visas for nonagricultural seasonal workers, and L-1 visas for managers and other key employees of multinational corporations.

Health care workers assisting with the coronavirus fight will continue to be spared from the green card freeze, though their exemption will be narrower.

He said: "Putting up a not welcome sign for engineers, executives, IT experts, doctors, nurses and other workers wont help our country, it will hold us back.