BOB Geldof has spoken of the “intolerable” grief after the death of his daughter Peaches in his first televised interview since she passed away.

In an interview on ITV with Lorraine Kelly, he admitted that there are occasions where he will “buckle” when he is unexpectedly overcome with grief as he remembers his 25-year-old daughter, who died on 7 April.

“You’ll be walking down the road and suddenly, out of the blue, there’s an awareness of her. And I buckle,” he said.

“I've got to be careful because when you’re walking down the King’s Road there are paps, so I have to duck off into a lane, blub for a while and get on with it. And that’s it. I imagine that’ll be there for a while.”

Geldof added that although it’s difficult to come to terms with Peaches’ death, he has to “just keep going."

“It’s intolerable, it’s very hard as everyone must realise, especially if it has happened to them too. Then what else do you do? You get on with it,” he said.

He explained that performing helps him deal with his loss by clearing his head, but that he encounters difficult moments on stage when he finds different meanings to his songs as a result of his grief.

“Being on stage is entirely cathartic, it just clears your head,” he said.

“Just before I came on, I was talking to one of your producers and the guy that does my telly, and they were saying that for years they’ve done yoga. And I can’t get my head around that at all.

“But I just get on a stage and go mad. If I dwell on the words sometimes, I find it hard to struggle through the song as they take on whole meanings that I never meant when I wrote them.” 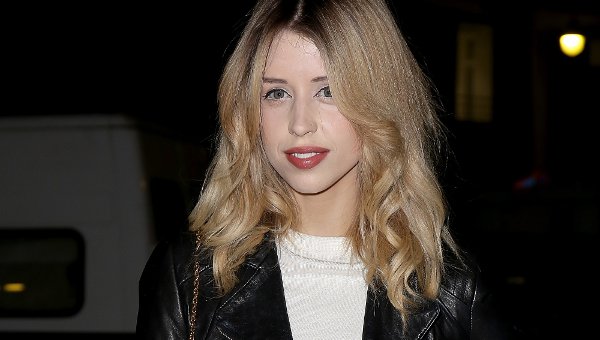 Geldof also thanked the public for their tributes to Peaches and their heartfelt condolences.

“We were overwhelmed by people writing to us and in the kindest way; just complete strangers who felt it,” he said.

A preliminary inquest into Peaches’ death ruled that heroin was “likely” to be the cause.

She leaves behind her husband, musician Thomas Cohen, and their two young children, 11-month-old son, Phaedra and 23-month-old son Astala.