HUMAN remains buried in an unmarked grave after washing up on Anglesey 23 years ago belong to missing Irish woman Pauline Finlay, DNA testing has confirmed.

Mrs Finlay, 49, vanished from a beach near Kilmuckridge in Co. Wexford while walking her dogs in March 1994.

The dogs were later found in a state of distress on the beach but Mrs Finlay was nowhere to be seen.

Leg and hip remains were found at Cable Bay, Holyhead on October 31 that year, but police were unable to identify them.

As the remains could not be identified they were buried in a local cemetery with no clues as to who they belonged to.

The unmarked grave was exhumed earlier this month as part of Operation Orchid, a review of cold cases by North Wales Police. 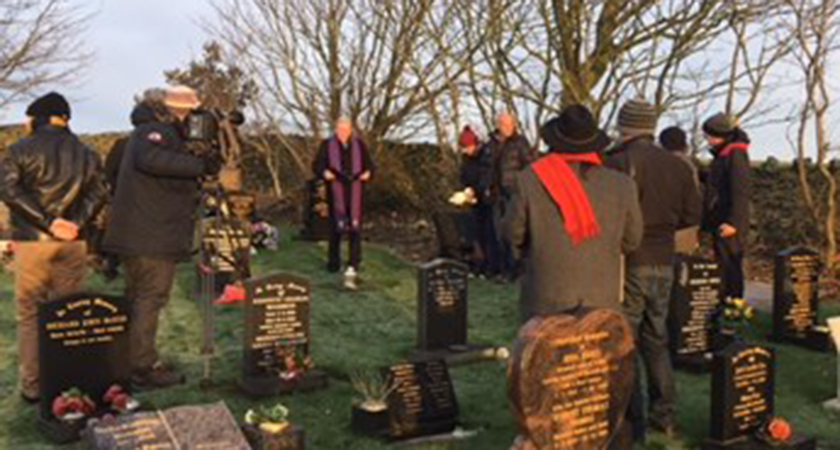 Officers from Operation Orchid have been using DNA technology to help identify as many as 17 bodies discovered in the area over the past five decades.

The exhumation was ordered by the High Court in London two months ago after tests last year suggested the remains might be that of Mrs Finlay.

On Tuesday at an inquest in Caernarfon, North Wales senior coroner Dewi Pritchard Jones said he was satisfied, based on DNA evidence, that the remains belong to Mrs Finlay.

He added that she more than likely "died as a result of an accident".

Mr Pritchard Jones said: "The appearance and view expressed by the police in Ireland was she had probably fallen into the sea and drowned."

Mrs Finlay's remains have been sent to Dublin and the case is now in the hands of coroners there.