A LIBRARY book that was overdue by 67 years has finally been returned to Kerry county library.

The book, Ruby of a Thousand Dreams by Roland Daniel, was due back to Tralee Library on November 30, 1949.

The library has since changed location but the book was brought back after a fines amnesty was announced during Library Ireland Week, which runs from November 28 to December 4, 2016.

However, the person who returned it was not responsible for loaning out the book in the first place. 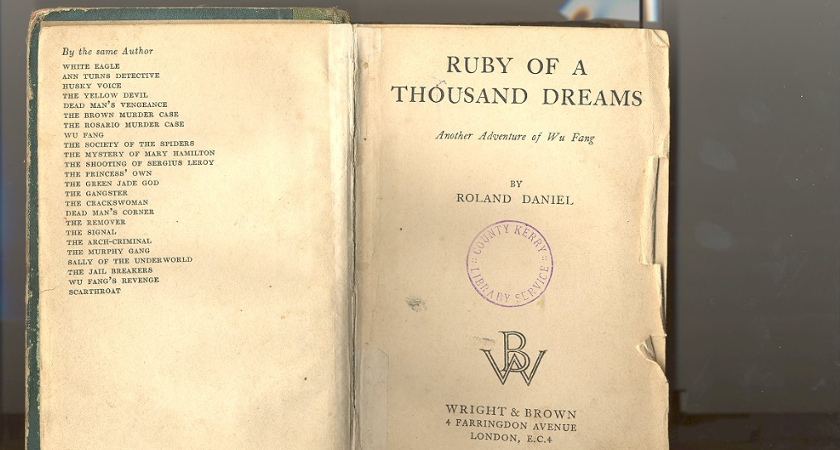 The book was handed back in on Wednesday, November 30 [Picture: Kerry Library]
"Somebody was cleaning their grandmother's house out and they came across it, but their grandmother was not on the list of borrowers," Nóirín O’Keeffe, senior executive librarian at Kerry Library, told The Irish Post.

"We don't know how it came to be in her grandmother's house, but it's in OK condition. It has been mended, but it just has an ordinary cardboard cover with no pictures on it."

Kerry Library believe the book would have racked up a fine of over €1,200, based on the charge figures at the time of loaning.

Ruby of a Thousand Dreams, which is a romantic crime story set in London in 1933, costs over £35 for a modern paperback version on Amazon.

The recovered hardback copy is now on display in Tralee Library in a glass case, while they have since extended their fines amnesty deadline to December 10 as a goodwill gesture.