The Taoiseach launched the Shared Island Unit with a video conference, speech and Q&A session

AN TAOISEACH Micheál Martin has reiterated that his Government is not planning for a border poll or a United Ireland in the next five years.

Speaking today at the launch of the Shared Island Unit, the Fianna Fáil leader insisted that the focus will be on ensuring "the views, values and traditions" of everyone on the island "are acknowledged and understood", particularly those who had been traditionally underrepresented, such as women, young people and new communities on the island.

This will be through ongoing, open dialogue at how north-south relations can be enhanced, rather than a border poll, which the Taoiseach has in the past described as "divisive".

Ireland and the UK had made "huge strides" since the Good Friday Agreement to "reconciliation, tolerance and mutual trust" and there is a "shared determination to see bilateral partnership grow", he said.

The Taoiseach launched the Shared Island Unit with a video conference, speech and Q&A session

In a question put to him by solicitor Sarah Creighton, the Taoiseach was asked why unionists would engage with proposals from the Shared Island Unit, and what he could say to "provide confidence to unionists that this is not a way to engage in a united Ireland".

Mr Martin responded that he has "made it very clear that this [a United Ireland] is not on the agenda", and will not be on the agenda for the next five years at least.

He acknowledged that it in the past it has been "challenging" for unionists to engage in dialogue with the Republic, both before and after the Good Friday Agreement, "without any political fallout or repercussions" but said he hopes the Shared Island Unit will "hear from unionists' perspectives".

At the launch of the Shared Island Unit, Mr Martin announced a fund of over €500 million over 5 years which will be used to build a shared future between the Republic and the north through projects related to transport, greenways, education, health and climate change, all "underpinned by the Good Friday Agreement".

Prime Minister Boris Johnson "sees the big picture" and will engage with the plan to embrace and fund a shared island, Mr Martin added, and said he had also discussed coordination regarding a plan for the coronavirus crisis with parties in Northern Ireland.

He went on to say that 1.3 million people have been born on the island since the landmark peace process of 1998, and encouraged them all to engage in shared dialogue, saying "their views and actions are fundamental to our shared future". 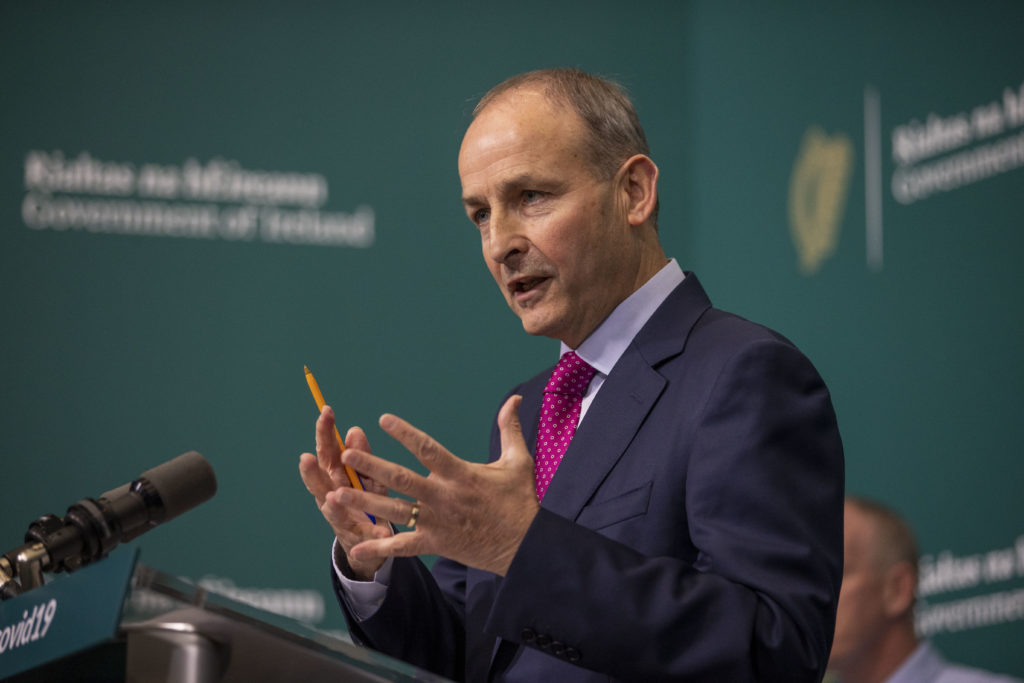 He added that the "persistence of identity politics" is hindering an improvement of relations between north and south, and while Brexit had exacerbated some issues, there was potential to "limit the negatives and maximise the opportunities" that the UK leaving the EU will bring.

Admitting Brexit has created further division, he said "I took a clear view from the outset that it should not be a catalyst for a border poll, which is divisive and would exacerbate tensions".

With regards to the coronavirus pandemic, he said "In non-political ways we can do very sensible things in regards to [an all-island approach] to health," Mr Martin said "We can make more progress. We can learn lessons from the pandemic."

"There's been a lot of engagement, we can do more and can do better."

Asked what success would look like with regards to the Shared Island Unit plans, the Taoiseach said a greater physical connectivity between the Republic and the north would contribute to greater interaction, dialogue and energy, which would contribute to a "far greater understanding between new generations" and a "non-contentious way of envisaging our future together".

"I look forward to a new era of engagement from new generations."

Ireland lockdown changes: Which restrictions are being lifted today?

Taoiseach says Ireland could be back in the pub by July

Taoiseach: Holidays abroad could be back on cards in July