Breakthrough in search for the remains of 'tragic' historical Irish patriot

A GROUND-BREAKING development has been made in the search for the remains of one of the great, albeit tragic, figures in Irish history.

Following the discovery of what is thought to be the remains off Patrick Sarsfield – an Irish soldier and nobleman who fought for King James II against William of Orange – campaigners are seeking to repatriate this titan of 17th Ireland to his home country.

Sarsfield’s story is tragic insofar as he suffered numerous humiliations during his life, most of which were, unsurprisingly given the time, sectarian in nature.

Along with all Catholics on the British Isles, his reputation was first besmirched by the anti-Catholic hysteria whipped up by the Popish Plot – a fabrication about a Catholic plot to assassinate King Charles II sown together by the English priest Titus Oates. This left Sarsfield ostracised and cast out to the fringes of London society.

Then, following defeat at the battles of the Boyne and Aughrim from 1690-1 in the service of King James II, Sarsfield was forced out of his native Ireland in 1691. 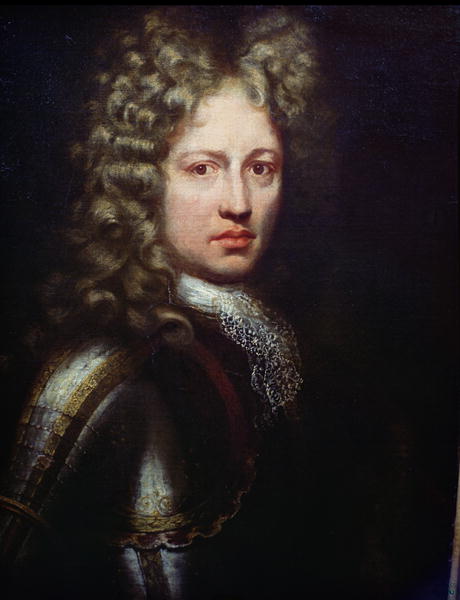 The armies of William of Orange laid siege to Limerick in 1691 and under the terms of the Treaty of Limerick, Sarsfield and 15,000 Jacobian soldiers and their families were permanently exiled to France.

Sarsfield would later fall on the battlefield in the service of a foreign – albeit Catholic – monarch, the French King Louis XIV, during the Battle of Landen on July 29th, 1693.

Archival documents indicate that he was buried “a few days later” on the grounds of Saint Martin’s Church a nearby town, Huy, and little new information has surfaced since – until recently.

Following an intervention by Dr Loïc Guyon, the honorary consul of France in Limerick, the exact coordinates of the burial site have now been established.

Dr Guyon has reached out to the Mayor of Huy, as well as the Belgian Embassy, to get information to assist the search for Sarsfield’s remains.

In response, 28 documents were sent over by Huy city council, including one showing the burial of two French officers on August 8 and 12, 1963 – around the same time Sarsfield was interred.

The ‘Sarsfield Homecoming Project’ was launched last October to promote the cause of returning the remains to Ireland, so that Sarsfield can – finally, after more than 300 years – be buried in his home soil.

Commenting on the discovery, Dr Guyon told The Irish Times: “Given the date when those two French officers were buried, one of them could well be Patrick Sarsfield himself. And even if it is not the case, it is almost certain that Sarsfield would have been buried next to them.

“Thanks to the documents sent by the Huy City Council, and after some further research, we will therefore not only be able to determine the precise location of the burial grounds of St Martin’s church, but we will also be able to pinpoint the exact area, within the church, where Patrick Sarsfield was most certainly buried.”

Limerick Civic Trust chief executive David O’Brien said that if permission is granted by the Belgian authorities, the trust plans to assemble a team of archaeologists to search for and exhume the long-lost Irish soldier.

The city is also planning a Wild Geese exhibition and museum to showcase the links between the city and the Irishmen who fought on the European continent throughout the 17th, 18th, and 19th centuries – otherwise known as the Wild Geese.

“It is so very important to take advantage of these opportunities during these dark days,” Mr O’Brien added.