THE FIRST ever Easter Rising memorial on British soil has been unveiled in a special ceremony in Liverpool.

The memorial plaque was erected in Saint Anthony’s RC Church in the Vauxhall district of the city – an area near to the docks where newly arrived Irish immigrants historically settled.

It is the work of the Liverpool Easter 1916 Commemoration Committee, who obtained consent from the Historic Churches Commission to erect the plaque in the grade 2 listed building.

The tribute lists the names of some 48 Irish men and women “who left Liverpool to fight for Irish freedom” in April 1916.

An inscription reads: "Pray for the men and women of Liverpool who in the cause of Irish freedom took part in the Easter Rising in Dublin, 1916. Ar son na hÉireann."

More volunteers arrived to fight in Ireland from Liverpool than any other place in Britain – with around 70 people travelling from the city to Dublin, including Tom Craven, who became the leader of the Kimmage Garrison. 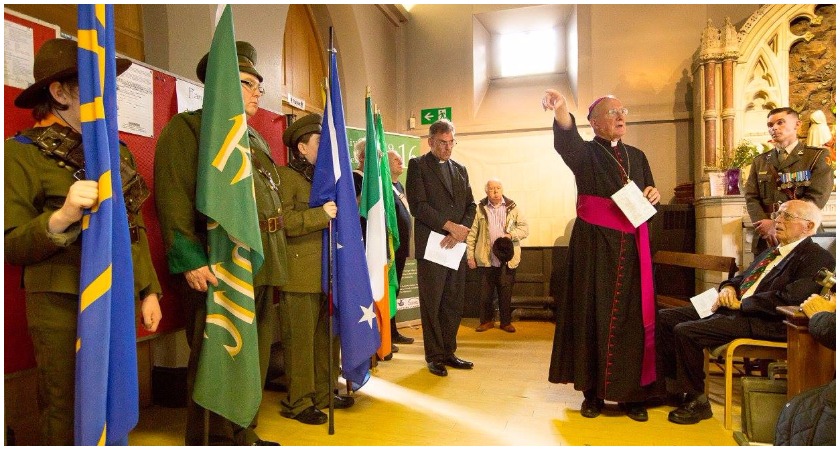 The unveiling of the memorial was attended by Commandant Stephen Mac Eoin of the Irish Defence Forces, who spoke of his pride at attending the historic occasion.

The memorial was blessed by Bishop Thomas Williams, auxiliary Bishop of Liverpool, who is a former Parish Priest of Saint Anthony’s Church.

The Liverpool Easter 1916 Commemoration Committee thanked members of the Liverpool Irish community for helping finance the plaque, which will stand “as a permanent tribute” to those who fought 101 years ago.