THERE are over 10 times as many Irish workers in the NHS than those from major European countries such as France and Germany, the British Government has revealed.

The House of Commons Library have produced an info-graphic which shows there are 13,016 Irish staff working in the UK’s National Health Service – equivalent to 1.1 percent.

Unsurprisingly, the vast majority of NHS workers are British with 976,288 of the 1,193,107-strong workforce holding UK passports – making up 87.5 percent of the total.

Irish personnel account for a staggering 21 percent of NHS doctors, nurses and infrastructure staff from EU countries, including France – with 1,553 – and Germany – with 2,400.

Only India (18,348) and the Philippines (15,391) have more nationals working in the NHS than Ireland, when Britain is taken out of the equation. 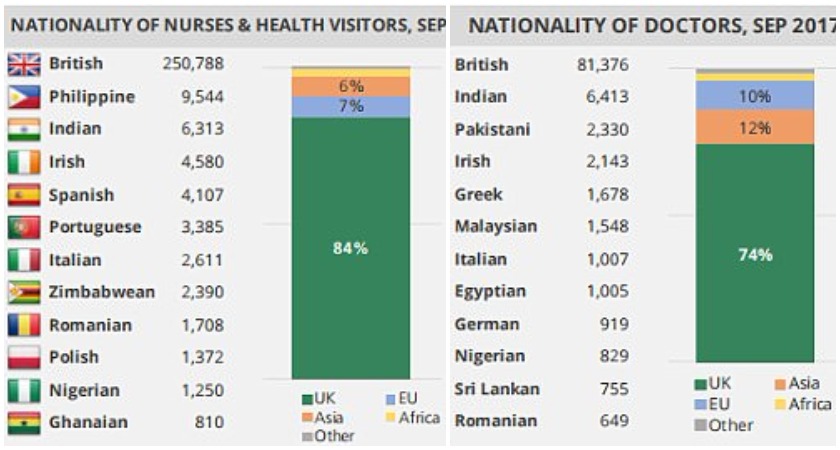 The figures, which are taken from data by NHS Digital, also show there are more than two times as many Irish NHS staff working in nursing (4,580) than in support services (2,093) and infrastructure (1,154).

Almost 6,000 foreign doctors were hired in 2016, but another 5,000 are needed to plug the staffing shortage, and NHS bosses are looking overseas to meet its targets.

Meanwhile, the recruitment crisis for nurses has led to officials allowing foreign nurses to sit easier English language tests – though obviously not for Irish applicants.

What would they do without us, eh?

Check out the full list of NHS staff nationalities below... 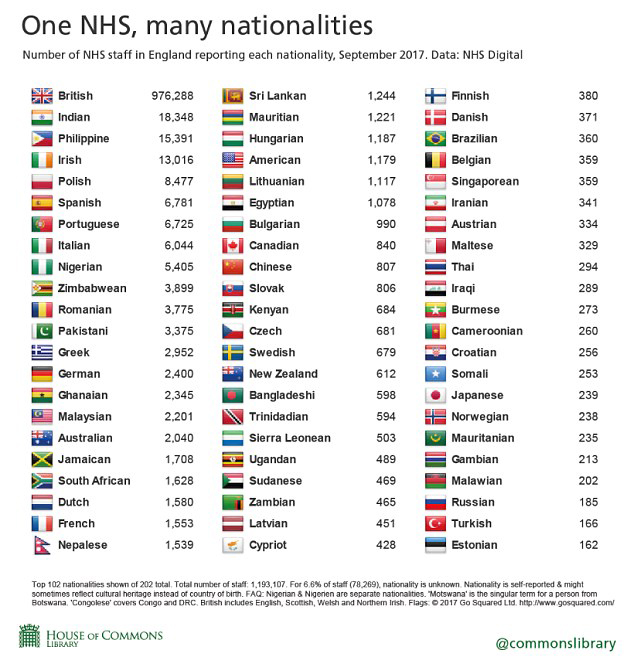