BRONAGH and Saoirse are among the Irish names that will be allocated to storms in Britain and Ireland in the coming season.

Nor are they the only Irish monikers to be included, as you can see on the full list below.

The list have been compiled by Met Éireann and Britain’s Met Office from suggestions from the public, while names that reflect the culture and diversity of Ireland and Britain have also been included. 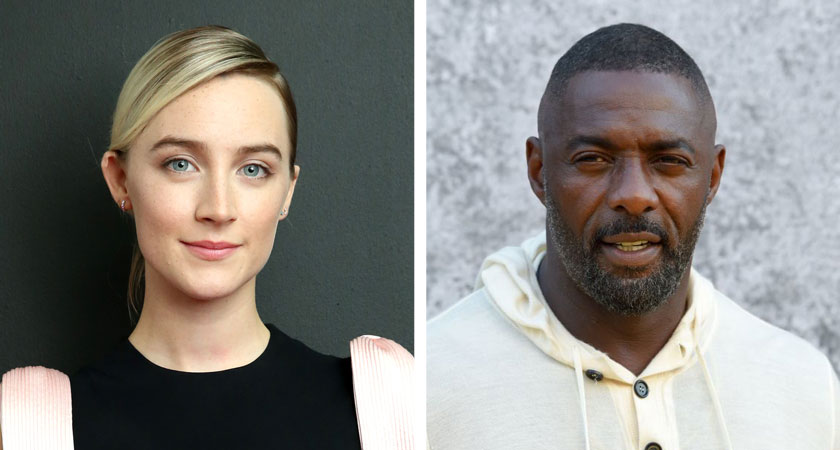 While Saoirse has been brought to a wider audience thanks to Irish actress Miss Ronan, there appears to be further Hollywood influence on the list, with the ninth storm of the year to be called Idris, likely a nod to Mr Elba.

The practice of naming storms is to raise awareness of severe weather before it hits.

“The last 12 months have seen some extreme weather around the globe as well as here at home,” said Evelyn Cusack, Head of Forecasting at Met Éireann.

“While it is too early to say whether the coming winter will be a stormy one or a quiet one we are prepared with a new set of 21 names for whatever nature may throw at us. 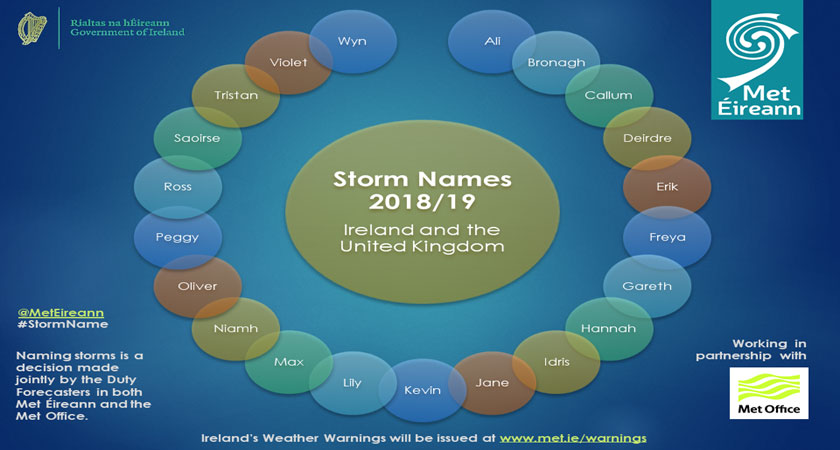 “Met Éireann is delighted to continue working with colleagues from the UK Met Office to warn of impending severe weather.”

As in previous years, Q, U, X, Y and Z will not be used, to comply with the international storm naming conventions.

A storm will be named for weather systems that are expected to prompt an Orange (Amber) or Red wind warning from Met Éireann and/or the Met Office.

Cillian, Ruadhán and Nelly among Irish storm names for 2022/23