It'll be the first time the singer has performed in Ireland since 2008, turning out at Croke Park in front of 64,000 fans. 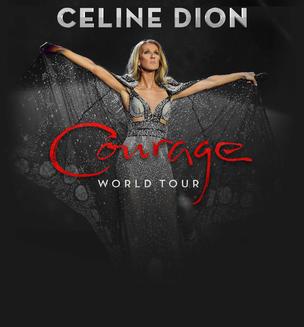 She will play 3Arena on tSeptember 14 and 15 next year.

Tickets are due to go on sale on Friday, October 4 at 10am.

It's been 10 years since she last performed in Dublin, and strangely enough, that 2008 performance also came 10 years before her previous one. She's nothing if not consistent is Celine.

She'll be appearing in Ireland as part of her Courage World Tour, and Dublin will be her penultimate stop on the massive year-long round-the-world trip, which has already begun.

Between now and April next year, the My Heart Will Go On star will be performing at venues around the USA and her native Canada, before turning her attentions to Europe, where she's an almost continent-wide tour.

Also in September 2020, she'll be performing in Manchester, Birmingham, Glasgow and London.

THE WAIT IS OVER! ✨ One of the most immediately recognized and widely respected superstars in pop music history, @celinedion brings her #CourageWorldTour to @3ArenaDublin on 14 & 15 September 2020. Tickets go on sale Friday 4th October at 10am ⏰ pic.twitter.com/hTtODPX14s