IRELAND’S Minister for Defence, Mr Simon Coveney and the Chief of Staff of the Irish Defence Forces, Lieutenant General Seán Clancy, attended an event in Casement Aerodrome, Baldonnel last week to mark the 100th anniversary of the Irish Air Corps.

Defence Minister Simon Coveney (centre) was among those in attendance

They were joined by the General Officer Commanding the Air Corps, Brigadier General Rory O'Connor in celebrating the occasion. 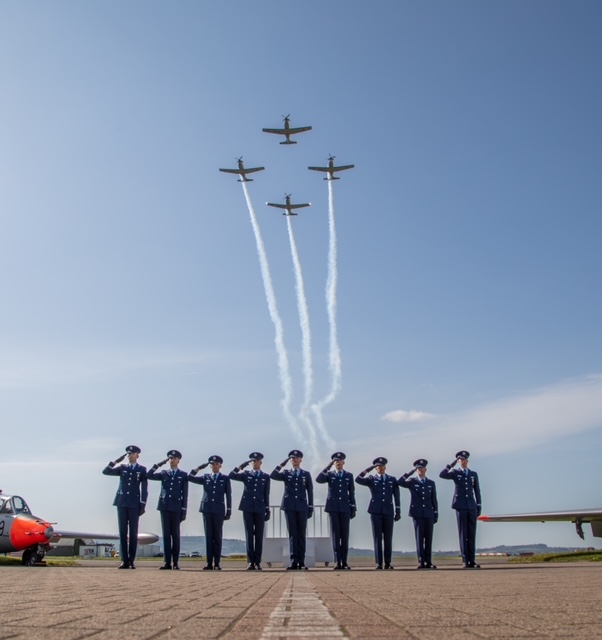 A fly-past helped marked the anniversary

A poem titled Onto the Curve of the World written by serving Air Corps member, Cpl Michael J. Whelan, was then recited by him.

The event concluded with a PC9M Fly-past during the National Anthem, followed by a mass fly-past review by aircraft from the Irish Air Corps.