THERE was chaos for passengers travelling through London City Airport this morning as protestors blocked a runway.

Flights from the airport, which is popular with Irish commuters and business people, were grounded for six hours because of the disturbance.

Nine people, from the Black Lives Matter movement, erected a tripod on the runway and locked themselves together. 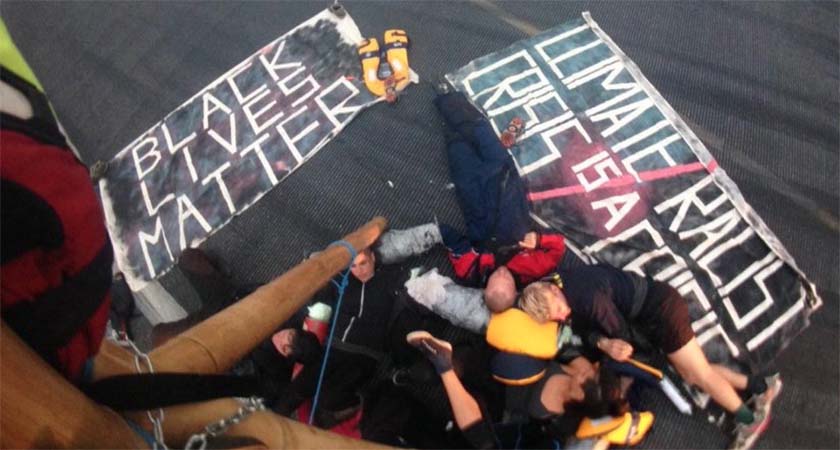 An image from this morning's protest at London City Airport by the Black Lives Matter movement which left many flights grounded as protestors blocked the runway. (Source: Twitter)

According to the Metropolitan Police, officers were alerted to the protestors' presence shortly before 6am.

After negotiating with protestors, seven people were unlocked and arrested shortly after 9.30am.

The remaining two protestors were unlocked and arrested shortly after.

According to police, all protestors were charged with aggravated trespass, being unlawfully airside, and breaching London City Airport bylaws.

This morning nine scheduled flights by the airlines were affected.

A spokeswoman for British Airways said due to the protest, "all flights are suspended" and to check for their flight information before going to the airport.

Earlier this afternoon, the airport tweeted that the runway had reopened but to still check with airlines for the latest flight information.

Runway is now open, we apologise for inconvenience caused this morning. Passengers are advised to check with airline for latest flight info.