FRANK LAMPARD’S dream start as Chelsea boss has been dashed as his side were held to a 1-1 draw by Bohemian F.C. yesterday.

The Stamford Bridge icon was confirmed as Chelsea’s head coach last week and immediately headed to Dublin to begin the Blues’ pre-season tour.

After only a few days of training, Lampard’s men took to the field to face something of an in-form Bohemians side who, going into the game, hadn’t suffered a single defeat in their last six matches.

Unlike the English Premier League, the Irish league ends in October, meaning that Bohemians are currently in the middle of their domestic season.

Still, from a Chelsea perspective, you’d expect the gulf-in-class between the sides to be pretty evident.

And for the first few minutes it was, as Belgian striker Michy Batshuayi stabbed home from close-range to give Chelsea the lead after just 8 minutes. 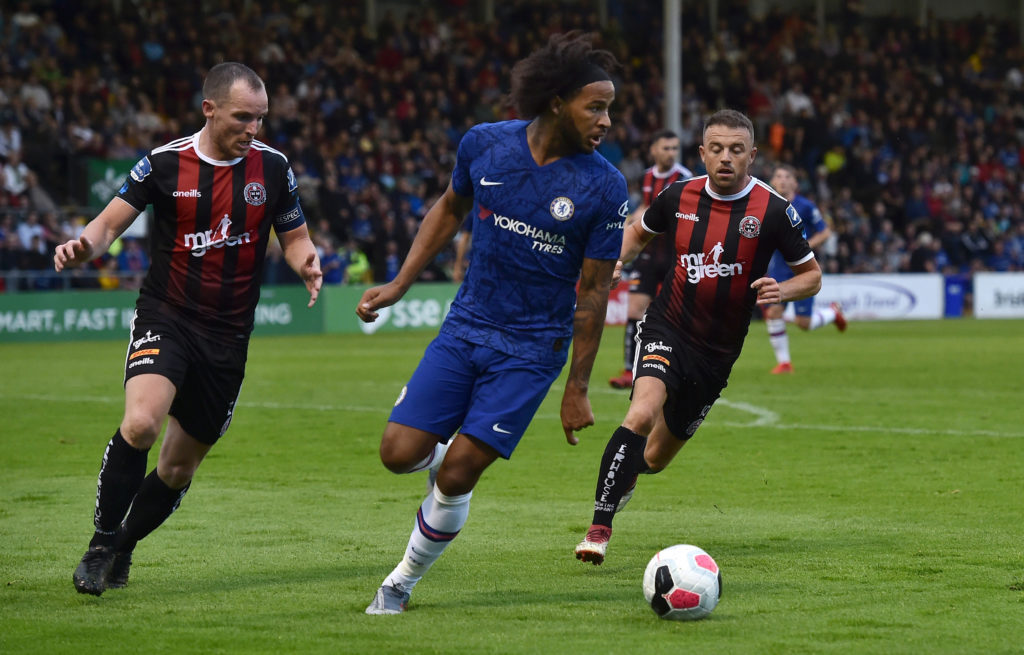 Chelsea's Izzy Brown looks for a pass during his side's 1-1 draw with Bohemians on Wednesday.

A comfortable routine victory seemed on the cards, but the 11-time Irish champions weren’t about to roll over.

Lampard was missing a few of his key players who were still yet to report back from their holidays, and so fielded quite an inexperienced side.

Throughout the 90 minutes, as many as 13 youth players were given a run out, which in a way was apt given Chelsea’s inability to sign anybody in the current transfer window and the increasing likelihood that Lampard will need to dip into the academy to make up the numbers this season. 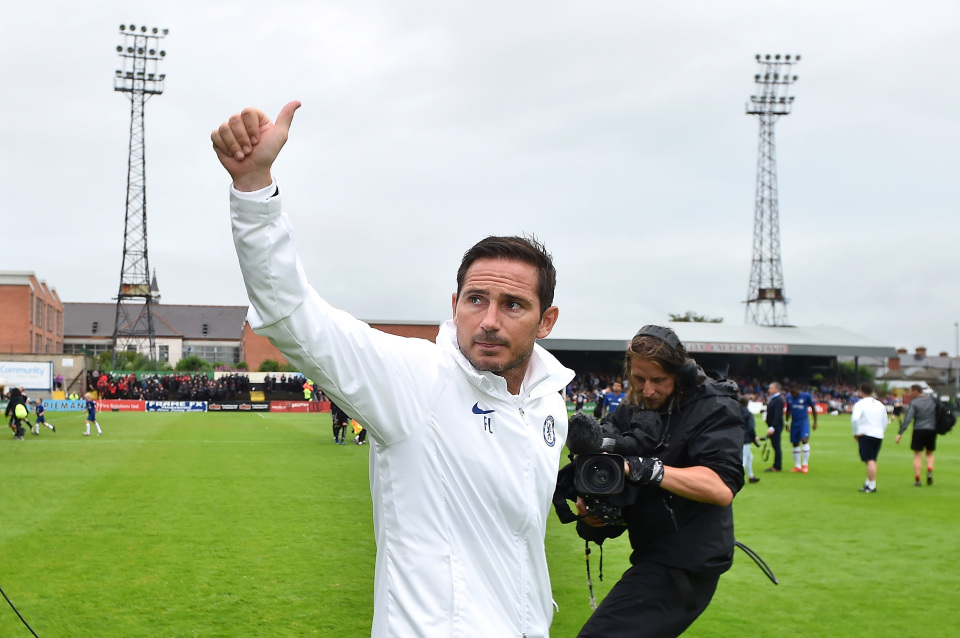 Lack of fitness, and perhaps a so-far unembedded ‘Lampard-system’ were evident, and gave reason for Chelsea’s shortcomings, but Keith Long’s Bohemian’s showed they were no pushovers, as a late Eric Molloy equaliser was enough for the Irishmen to grind out a result and put a small dampener on the Lampard homecoming party.

The Blues’ underwhelming performance saw some fans taking to Twitter to call for Lampard’s head, although the seriousness and legitimacy of their jibes is up for debate.

Chelsea fans you can’t do this after only one game 🤣🤣🤣. #LampardOut pic.twitter.com/SZbRiNPY04

0% Chelsea fans who actually want Lampard gone and who would ever tweet that hashtag.

Chelsea's head coach appeared in good spirits following the match though, insisting that he was happy with his side's performance and stressed that the game was all about fitness.

🗣 Here's what the boss had to say after yesterday's draw in Ireland... #CFCinDublin

Lampard’s second test as Chelsea boss comes against another Irish side, St. Patrick’s Athletic, in Dublin on Friday, and with the likes of N’Golo Kante, David Luiz, and Olivier Giroud expected to return, the 41-year-old will hope to secure his first victory in charge, not least to avoid another Twitter bashing, sarcastic or not.