THE installation of 'selfie seats' at potentially dangerous tourist hotspots across Ireland may soon become a reality amid a rise in photography-related accidents and deaths.

Some 137 people died around the world between March 2014 and September 2016 while attempting to take selfies, with more and more people choosing to put their lives at risk in order to share increasingly dangerous photos on social media.

Last month, Trinity College Dublin student Anand Goel fell to his death at the Cliffs of Moher in Co. Clare while attempting to take a picture of himself more than 600 feet above sea level.

Now one Irish politician has called for the implementation of special seating units at certain high-up sites to prevent accidents and boost tourism.

Minister for Mental Health and Older People, Jim Daly, said it would be an "innovative marketing tool" to showcase Ireland's natural beauty and revealed he got the idea from one of his constituents.

The Cork Southwest TD told the Southern Star: "High on practicality and light on costs, any stands will be unobtrusive and protect the character of the area. 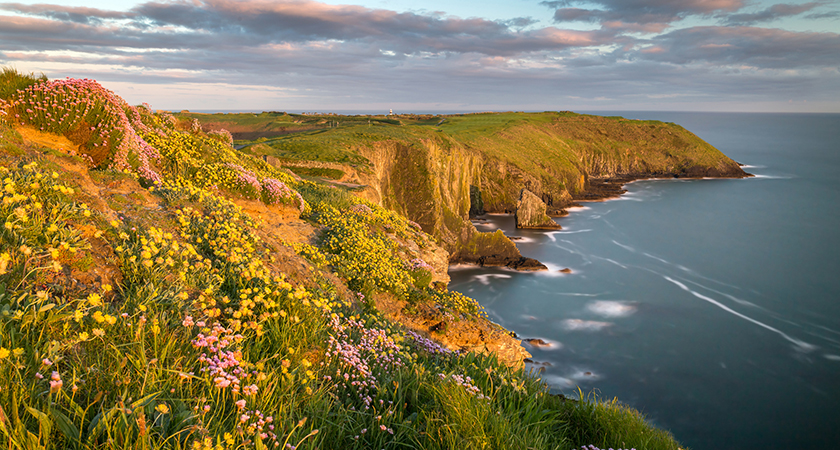 The Old Head of Kinsale in Co. Cork is another proposed site for 'selfie seats' (Picture: iStock)

"Families and individuals love taking photographs of themselves in areas of natural beauty. But often it is almost impossible to find a steady location or to know where the best shot is,” he told the Star.

"Tourists, being time-sensitive, like to know where to go and what to do. They also like clear shots rather than grainy images on their social media and Instagram."

Along with the Cliffs of Moher, other popular scenic locales such as the Old Head of Kinsale, Mizen Head, the Beacon in Baltimore and Lough Hyne would also benefit from the 'selfie seats', according to Daly.

He added: "When it comes to tourism, informal marketing and word of mouth are as vital as more conventional marketing tools. The selfie has replaced the much-feared collection of slides as the swiftest way of conveying an image of beauty.

"When it comes to a picture painting a thousand words, the selfie is a very effective marketing tool and we need to harness its potential more. This is a cost-free innovative proposal that will allow Ireland to present our best face to the world."

Minister Daly said he had submitted his proposal to Fáilte Ireland and that officials were open to testing a "prototype" selfie seat.