AN EVENT marking 100 years since the Royal Irish Constabulary was disbanded following Ireland gaining its independence from Britain will take place in London next year.

The Irish Government, then led by Fine Gael's Leo Varadkar, had planned to commemorate members of the Royal Irish Constabulary and Dublin Metropolitan Police in January 2020, bu the event was cancelled due to severe backlash from the public and prominent politicians.

The Mayors of Limerick, Clare, Kerry and Galway were among the politicians who had vowed to boycott the event, with many citing the RIC's links to the Black and Tans, who terrorised the Irish public during the fight for independence.

Then-Taoiseach Leo Varadkar had said at the time that it was "regrettable" that so many were planning to boycott the event, but later acknowledged he had "messed up" and that the planned commemorations "became divisive and became a matter of political contention and that's why the right decision was taken to cancel it."

Now a new event will be hosted by the British Police Roll of Honour Trust in London in April 2022, to mark 100 years since the RIC was disbanded. 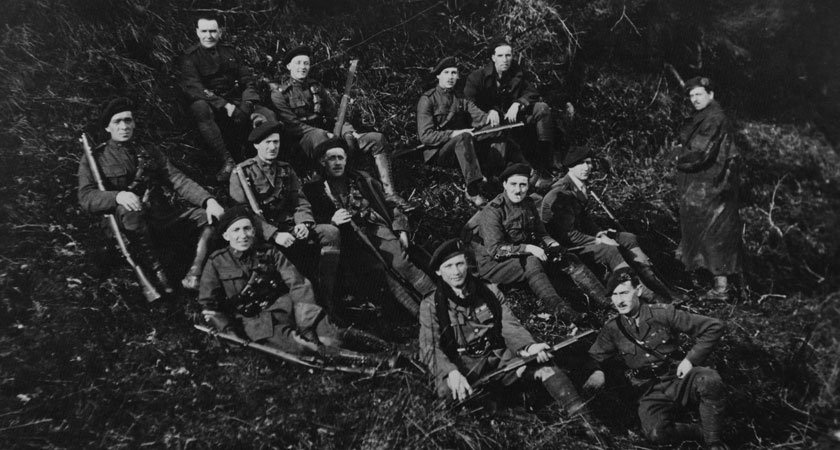 Members of the Royal Irish Constabulary resting in the hills of Tipperary in 1921 during the Irish War of Independence (Image: Hulton Archive / Getty Images)

As reported by The Irish Examiner, the event will be held in St Paul's Cathedral and it is expected that the commissioner of An Garda Síochána, as well as officials from the Irish Government, will be invited to attend.

The outlet reports that members of the Historical and Reconciliation Police (HARP) Society, which is made up of former Gardaí, approached the British Police Roll of Honour Trust to establish a new event commemorating the former serving members of the RIC after the Irish event was cancelled.

HARP society member Jim Herlihy issued an appeal for family members of former serving RIC members to get in touch should they like to attend the London commemoration which will "honour the service and sacrifice of the 83,743 officers and men of the Royal Irish Constabulary (RIC), who served from the inception of the force in 1836 until its disbandment in 1922."

In a statement, Mr Herlihy wrote: "The principal focus of the event will be the family member descendants of those who served, especially of those 638 who lost their lives as a consequence of their service. Lest we forget!"

Any descendants of former RIC members who wish to attend the event should contact [email protected] and list their connection to the RIC, the name of the former officer and whether he died in action, the details of which"will be followed up by the Trust".

The event will also be livestreamed on the day and will remain accessible online "for all to access".

You can read Mr Herlihy's appeal in full by following this link.