THIS IS the moment Cork resident Donal Brady experienced his very own close encounter of the third kind.

The Irish Aviation Authority is currently investigating a string of UFO sightings made by pilots flying over the County Kerry coast over the weekend.

Three separate pilots reported seeing bright lights moving above and alongside their aircraft and at high speed in a series of eyebrow-raising exchanges reported across Ireland.

Now another account, this time with actual video evidence of the encounter, has surfaced on YouTube after being uploaded by a Cork resident this week.

Brady captured the strange sight last Saturday, at around 4:30 pm.

It's estimated that the footage was filmed some 12 hours after the first reported encounter involving the three different sets of pilots.

Speaking to Today FM, Brady detailed his experience of the strange sighting.

"It was in Bishopstown looking in towards Cork City. I don't know what it is. I was at my friend's house and I'd just dropped off my daughter and stepped out to have a cigarette and just noticed this thing in the sky," he said.

"It was extremely bright, it was a beautiful day. At first, I thought it was a high-altitude airliner reflecting in the sun. I observed it for a minute or two and I noticed it was stopping, hovering and moving side to side and it wasn't going in a straight line and it wasn't going away from and wasn't coming towards me.

"Then along came this plane and it wasn't reflecting anything and I thought that was unusual and that's when I started to video it."

Brady was quick to dispel any suggestion that the flying objects could be high-tech jet aircraft, noting that there would have been a vapour trail if that were the case. 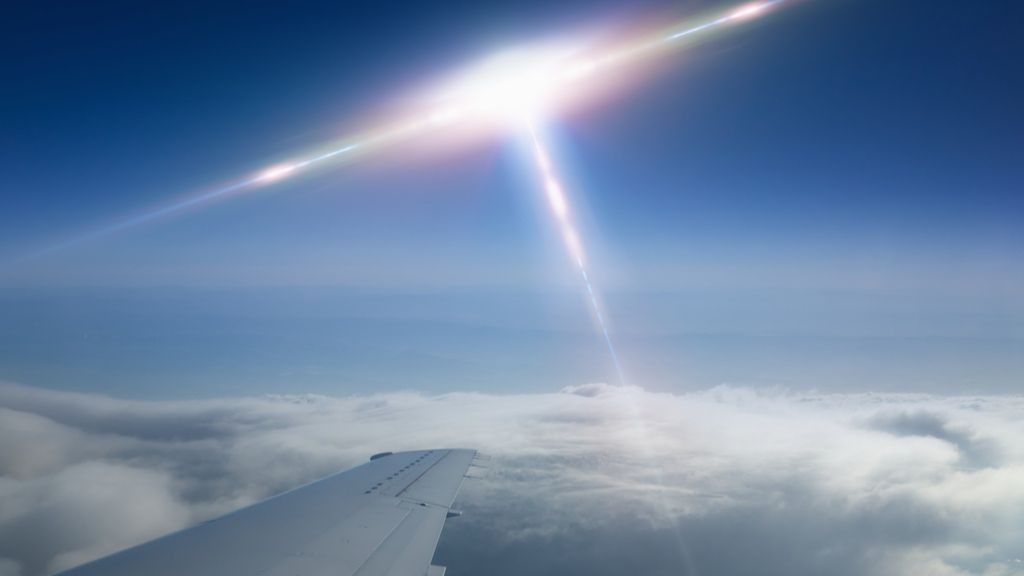 One expert has already suggested the sightings could actually be attributed to some form of asteroid debris, but this latest footage is likely to fuel speculation that alien life may have finally arrived and set its sights on an Irish landing.

Nothing is confirmed as yet, of course, with the Irish Aviation Authority's investigations still ongoing. The truth is out there.