THE IRISH Aviation Authority is investigating the potential sighting of a UFO spotted by several different airplane pilots off the coast of Ireland.

According to The Irish Examiner, the first strange sighting was reported last Friday morning at 6:47 am on November 9th. The pilot of a British Airways flight first raised the alarm after contacting Shannon Air Traffic Control (ATC) to find to find out if any military exercises were taking place in the airspace they were travelling through.

Officials from Shannon ATC quickly confirmed that there were no planned military exercises taking place and that there was "nothing showing on either [their] primary or secondary [radar]."

The pilot of the Boeing 787, which was flying from Montreal to Heathrow, went on to describe how he spotted a strange flying object that "was moving so fast".

It apparently had come up along the left-hand side of the aircraft before it "rapidly veered to the north". The pilot described it as "a very bright light" that "disappeared at very high speed".

She was left confused as to what it could be as it did not seem to be on a collision course with another object, ruling out the chance of it being a missile or air-bound weapon.

The Irish Examiner reports that a pilot of a Virgin Airlines Boeing 747, flying from Orlando to Manchester, then joined the conversation to detail the sighting of an object re-entering the atmosphere. He confirmed that there were "multiple objects following the same sort of trajectory" which was all very bright. 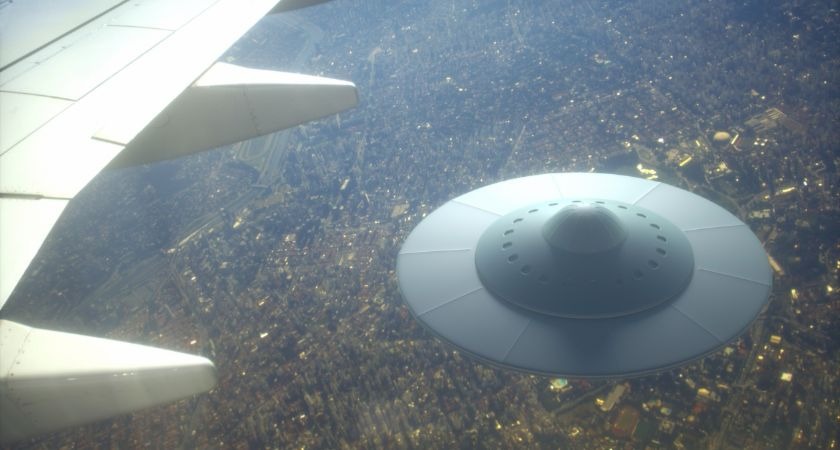 The Virgin flight confirmed the objects were heading at his "11 o'clock position" and that "two bright lights over to the right" could also be seen climbing away at high speed.

A Norwegian Air 737 flight, travelling from New York to Shannon was also party to the strange encounter, describing the speed of the UFO as "astronomical, it was like Mach 2".

The British Airways flight first reporting the strange sighting was passing over Kerry at the time with the other flights thought to be somewhere along the south-west coast.

The Irish Examiner has since confirmed that the Irish Aviation Authority is now investigating the sightings.

These comments come months after several similarly strange sightings across Ireland purporting to be evidence of UFOs.

One sighting, in particular, appeared to capture a strange object high above St Patrick's Cathedral in Dublin.