WATCH: Mother bird feeds babies from Irishman's hand after he saves them from path of lawnmower

THIS IS the 'tweetest' thing you'll see all day.

An Irish man has proven his affinity for nature with a breathtaking video of a nest of long-tailed tits perching on his hand taken in Ireland's first lockdown.

Paul Sheehan, from County Cork, took to the popular 'Ireland's Wild Birds and Animals Group' on Facebook in the hopes he could lift people's spirits by sharing a clip of a nest of baby birds and their mother taken last spring.

In the video, four baby birds perch at the end of his hand while the mother feeds them with freshly-caught bugs, with neither the chicks nor the mother seeming to mind being held.

The video garnered a huge response on IWBAG, with hundreds commenting on the "beautiful" video and expressing surprise at how trusting the birds seem of Paul.

Speaking to The Irish Post, Paul explained that he very luckily came across the chicks on the ground as he was preparing to cut the grass, saving them from what could have been a terrible fate.

"It was my dog who found them in the grass just before I went to cut it," Paul said when contacted by The Irish Post about the amazing video.

"I gathered them up [to protect them] and the mother was flying around me, next thing she landed on me!"

Paul knew he had to capture the spectacular moment on camera, and so describes what must have been a very bizarre scene to anyone watching.

"So there was me, walking from the garden over to the kitchen window to get my phone," Paul explained, "with the chicks sitting on one hand and the mother bird landing on my head and arm without a care in the world!

"It was when I sat down [the mother bird] started coming back with food for them. " 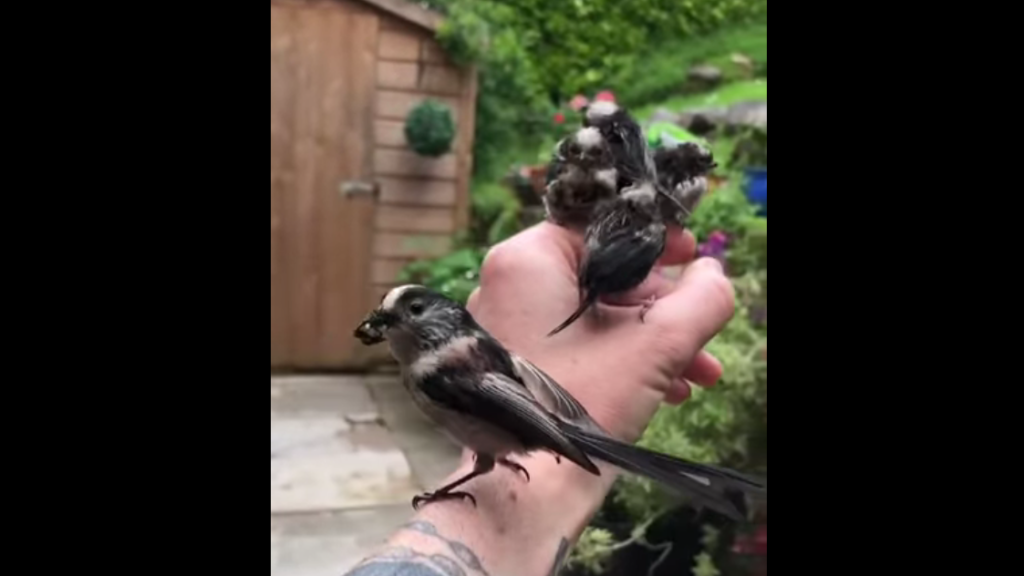 The birds had "not a care in the world" and obviously felt safe in Paul's presence (Image: Paul Sheehan)

Paul posted the video on Ireland's Wild Bird and Animals Group with the hope that it would lift people's spirits as the country endures the tail-end of a harsh, strict winter lockdown-- but admitted he "wasn't expecting it to be so popular".

"I'm glad it put a smile on people's faces."

You can check out Ireland' s Wild Birds and Animals Group on Facebook here.

Are These the 9 Most Haunted Places In Ireland?