THE Lord Mayor of Cork has welcomed a call by the government to expand the city to include Blarney and Cork Airport, among other surrounding suburbs.

Plans for the expansion – which would be the first boundary change of its kind in 52 years – are moving forward after the Minister for Local Government rejected a proposal by local councillors for further debate on the issue.

In a letter to Lord Mayor Cllr Tony Fitzgerald, Minister Eoghan Murphy said his Department has begun to prepare legislation to expand the city according to recommendations outlined in the Implementation Oversight Group's report of December 6

It would see Cork city expanded to include wider suburban areas such as Ballincollig, Tower, Glanmire, Hop Island and Inniscarra as well as Cork Airport and popular tourist spot Blarney.

The change, which could be complete within six months, would see the population of Cork City almost double – from around 125,000 to 210,000, according to the Irish Examiner. 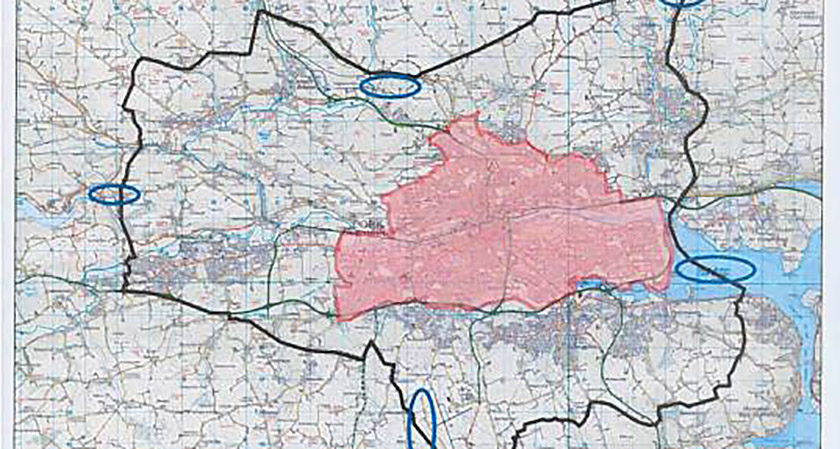 New year, new Cork? The blue ovals show areas which may need some minor technical adjustments to the boundary line.

Before the government stepped in, initial plans for Cork city's expansion were approved by the City Council earlier this month only to be rejected by County councillors for being “detrimental” to the county at large.

According to the Cork Evening Echo, Minister Murphy wrote to the Lord Mayor saying: "In view of recent indications that agreement on the part of both local authorities in respect of the boundary alteration does not appear likely to be achieved, my Department has commenced work on the preparation of legislation.

"The relevant legal provisions will relate solely to implementation of the boundary outlined in the Oversight Group's report of 6 December 2017."

Mr Murphy described the potential boundary change as a matter of “urgency” and urged councillors to embrace the proposal with their full support.

"It is important that we keep the citizens and communities of Cork at the heart of this process," he said.

"I am glad to see work has begun on preparing the necessary legislation that will expand the city and keep Cork as the main economic driver of the southern region."