THE NUMBER of coronavirus cases in Ireland has surpassed 50,000 for the first time.

The worrying milestone came as a further 1,031 cases were announced yesterday evening, 19 October, bringing the total number of confirmed cases in Ireland to 50,993 since the pandemic began.

There were no deaths reported however, and the country's death toll remains at 1,852.

Hospitalisations continue to rise, with 298 currently in hospital and 34 in Intensive Care Units. 20 more people were hospitalised in a 24-hour period.

"f you have symptoms of COVID-19, if you are waiting for a test result or if you are a confirmed case, you must self-isolate for 10 days from when you first develop symptoms. Self-isolation means staying in your room, away from other members of your household.

"If you live in a house with a confirmed case do not go to work or school. You must stay at home and restrict your movements for 14 days."

The confirmation that Ireland has confirmed over 50,000 cases comes as an Taoiseach Micheál Martin announced the entire nation would move to Level 5 restrictions for a period of six weeks from midnight tomorrow. 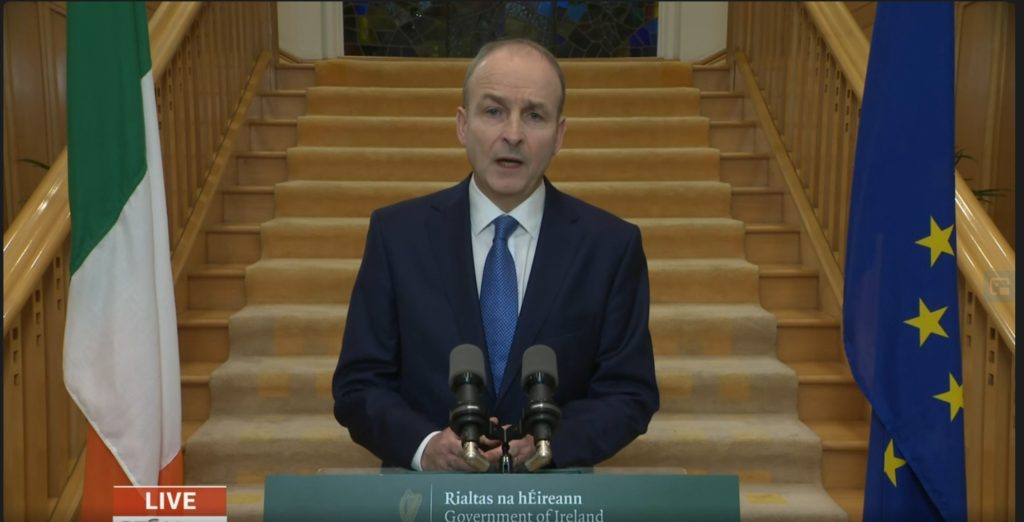 The new measures sees a return to the lockdown seen in March and April of this year, with some changes, including schools remaining open and a "support bubble" option for single households.

Speaking at a live televised address yesterday, the Taoiseach said schools will remain open as "we cannot and will not allow our children and young people's futures to be another victim of this disease. They need their education."

The new restrictions are expected to last until 1 December, at which point it is hoped the country will move to Level 3, allowing some semi-normality for Christmas.

'You don't think it's going to happen to you': Irish man's plea as both parents die from Covid-19 within hours of each other