A NUMBER of cows have been killed after a truck transporting live animals caught fire in County Limerick.

The truck went on fire on the N21, just outside of the village of Adare towards Limerick city, at around 7.40pm last night.

It is not known how the blaze began, but the driver managed to escape the truck and is not believed to have been seriously injured in the incident.

Images of the fire made their way to social media, with many shocked at the size of the blaze and concerned for the welfare of the animals trapped inside. 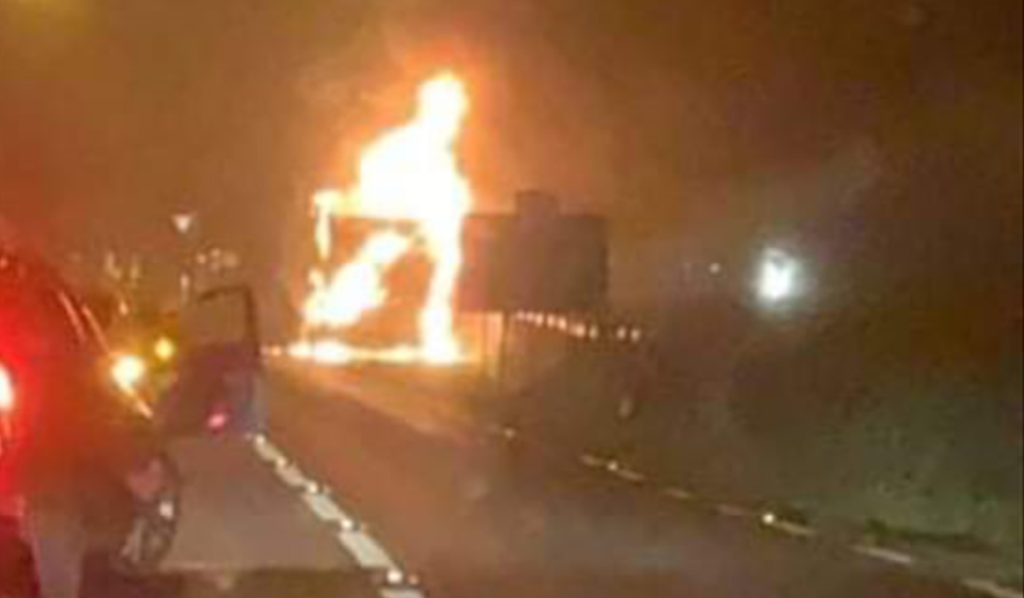 Animal charity My Lovely Horse Rescue shared an image of the fire, writing "We can only hope these poor animals and the driver really have been saved ... The animals probably only given another day from the death they faced anyway".

We can only hope these poor animals and the driver really have been saved...

The animals probably only given another day from the death they faced anyway :(

Posted by My Lovely Horse Rescue on Sunday, 6 December 2020

A small number of animals on the truck also managed to break free, but created havoc on the motorway as they fled in panic, a witness told local outlet The Limerick Leader.

"They were running around the road in the dark in pure panic," the witness said.

"It was chaos. Other animals weren't so lucky and died in the blaze. I don't know how many. It's a terrible thing to happen."