Sean O'Brien from Liverpool jetted off to LA for a dancing party after going viral. Picture: Twitter/@dancingmanfound

LIVERPOOL’S most famous dancer went viral in March - and the last week has shown just how popular Sean O'Brien is.

Sean O’Brien, from Maghull, Merseyside, was completely unknown until a video of him dancing at a party went viral on social media earlier this year.

The photo was uploaded to 4Chan with the caption: “Spotted this specimen trying to dance the other week. He stopped when he saw us laughing.”

The picture saw massive backlash, with many accusing the photographer of cyberbullying.

Now, in a random act of kindness, Mr O'Brien has been treated to a massive party in LA by a local writer - and has been appearing on television in both Britain and America.

After the picture went viral, there was an outpouring of support for Mr O'Brien on social media.

A hashtag, #finddancingman, was launched by a group of women in Los Angeles who wanted to do “something special” for Mr O’Brien to make up for his experience.

After the huge campaign on Twitter, he eventually came forward with this image: 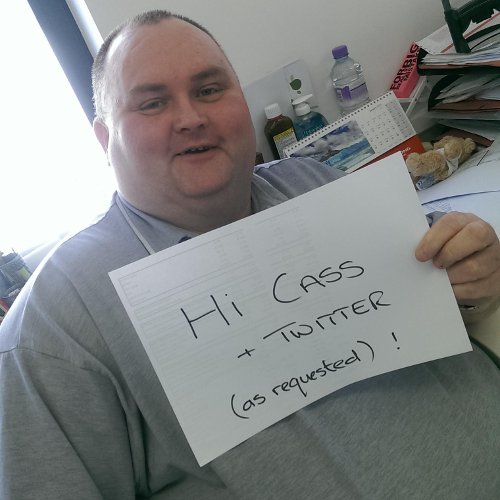 Since then, Mr O’Brien has had a whirlwind few weeks. Cassandra Fairbanks, the California-based writer who launched the #finddancingman campaign, threw a massive VIP dancing party for him in LA on Sunday night.

Earlier that day, Mr O’Brien threw the all-important first pitch at a baseball game between the LA Dodgers and the San Diego Padres.

Speaking to Good Morning Britain from LA, Mr O’Brien said: “I’ve met some of the most wonderful people you can imagine. It’s been truly life-changing.” 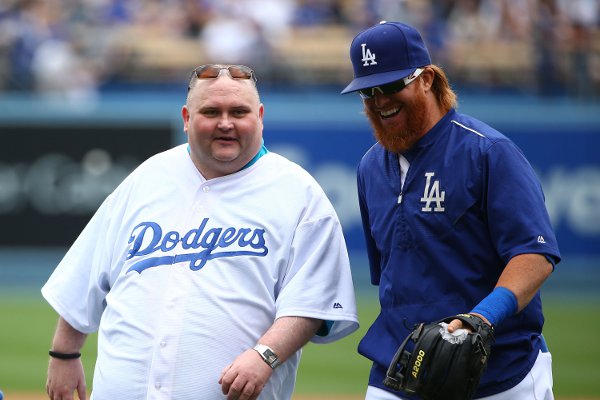 “I’ve always had confidence anyway, I’ve always wanted to dance. It’s just people pick on you sometimes. But what it has taught me is just totally ignore them rather than just blanking them,” he added.

Hundreds attended the massive dance party thrown in Mr O'Brien's honour - which he attended in between press calls and TV appearances.

O'Brien leaves LA today and will be back in his native Liverpool by tomorrow.

My last morning in la with two of the special people who made is possible @HOPELEIGHMUSIC @lysee_love Thank you ❤❤ pic.twitter.com/c9s2rKvn8t