A FUGITIVE who taunted police by changing his Facebook profile picture to his wanted mug shot saw his stunt backfire when he was back behind bars within hours.

Craig Ramsay, from Aldridge, West Midlands, England was wanted on recall to prison after breaching the terms of his release.

The 35-year-old was jailed for two years in February 2017 for battery and threatening someone with a bladed article in Aldridge.

He was released on licence in September this year but was recalled to prison on October 4 for failing to stick to the terms of his release and a hunt for him began.

After West Midlands Police shared his mugshot on Halloween and asked for the public’s help in tracking him, Ramsey’s Facebook page was updated to replace his profile picture with his wanted image.

He also suggested to police that they could find him ‘over here at the bar’, while also hinting that he planned to enjoy Christmas on the outside before handing himself in after the festive period. 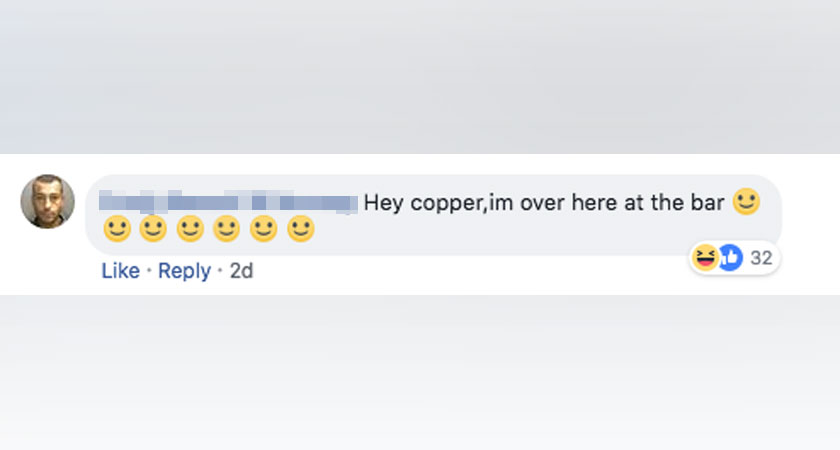 But just one day later, after an anonymous 999 call, Ramsey was arrested after being tracked down hiding out in the back of a van in the Bescot area of Walsall.

Offender manager PC Matt Williams said: “Ramsay seemed to treat his wanted status as something of a joke, but now we’ve had the last laugh.

“One of his comments said that he planned to hand himself in after Christmas, but now Christmas has come early for him.

“He’s now back in prison to serve the rest of his sentence.

“This case shows the power of working with the public to get a criminal back behind bars.”