DONALD TRUMP has sensationally promised that his administration will end the AIDS epidemic and cure childhood cancer “very shortly” during a campaign rally in Ohio on Thursday evening.

The President spoke for nearly an hour and a half in Cincinnati as he continues his 2020 re-election campaign.

“We will achieve new breakthroughs in science and medicine,” Trump told the crowd.

“I see what they’re doing. I see it. They show me. The things we are doing in our country today. There’s never been anything like it.

“We will be ending the AIDS epidemic shortly in American, and curing childhood cancer very shortly.”

When he began his campaign in June, Mr Trump vowed to “come up with cures to many, many diseases, including cancer,” adding that his administration was “getting closer all the time.”

During his February State of the Union address, the President pledged that the US would eradicate AIDS within ten years, and his administration’s budget proposal requested almost $300 million to combat the disease.

Trump went on to point the finger at the “far-left’s destructive agenda” for poverty and crime issues in American inner-cities.

He accused the Democrats of prioritising the needs of undocumented immigrants over actual American citizens.

The President then compared his political rivals, as well as the Obama administration, to windmills (odd I know, but he explains why). 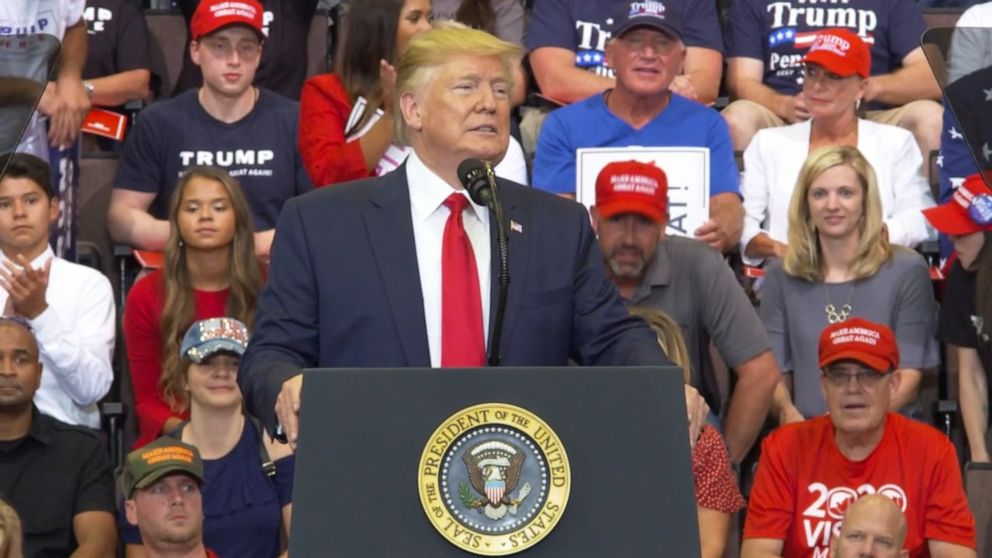 “The previous administration, they’re like windmills. If a windmill is within two miles of your house, your house is practically worthless. They make noise, they are intermittent,” he said.

“They kill your birds. They break down. You have to replace them every 10 years because they wear out. And they cost a fortune and they need subsidy.”