A FORMER advisor to the Trump administration has claimed the President suggested Covid-19 was a good thing because it meant he wouldn't have to touch or shake hands with "disgusting people".

Olivia Troye, who was homeland security and counter-terrorism advisor to Vice-President Mike Pence, appeared in a video, released by the group Republican Voters Against Trump on Thursday, admitting that working for the President was "terrifying".

She says she was also Mr Pence's lead staff member on the Covid-19 response, and was shocked by the President's handling of the pandemic.

"The truth is he doesn't actually care about anyone else but himself," Ms Troye said.

The former advisor also claimed the President once said in a meeting she attended: "Maybe this Covid thing is a good thing. I don't like shaking hands with people. I don't want to shake hands with these disgusting people."

She added: "Those 'disgusting' people are the people he claims to care about.

"These are the people still going to his rallies today who have complete faith in who he is.

"If the President had taken this virus seriously, or if he had actually made an effort to tell how serious it was, he would have slowed the virus spread, he would have saved lives."

NEW AD: @OliviaTroye was @VP's lead staffer on COVID-19. She put her heart & soul into the job.

After a while she couldn't look herself in the mirror because no matter what she did, the President would undermine it and make Americans less safe.

Trump has since claimed that he doesn't know Ms Troye, and insinuated she was trying to slander him.

"She worked for the Vice President. She was on the task force as some kind of a lower-level person," he told reporters.

"I have no idea who she is.

"I never met her to the best of my knowledge. Maybe she was in a room. I have no idea who she is. She doesn't know me. It's just another person that leaves, and whether it's CNN or Washington Post, they say negative things." 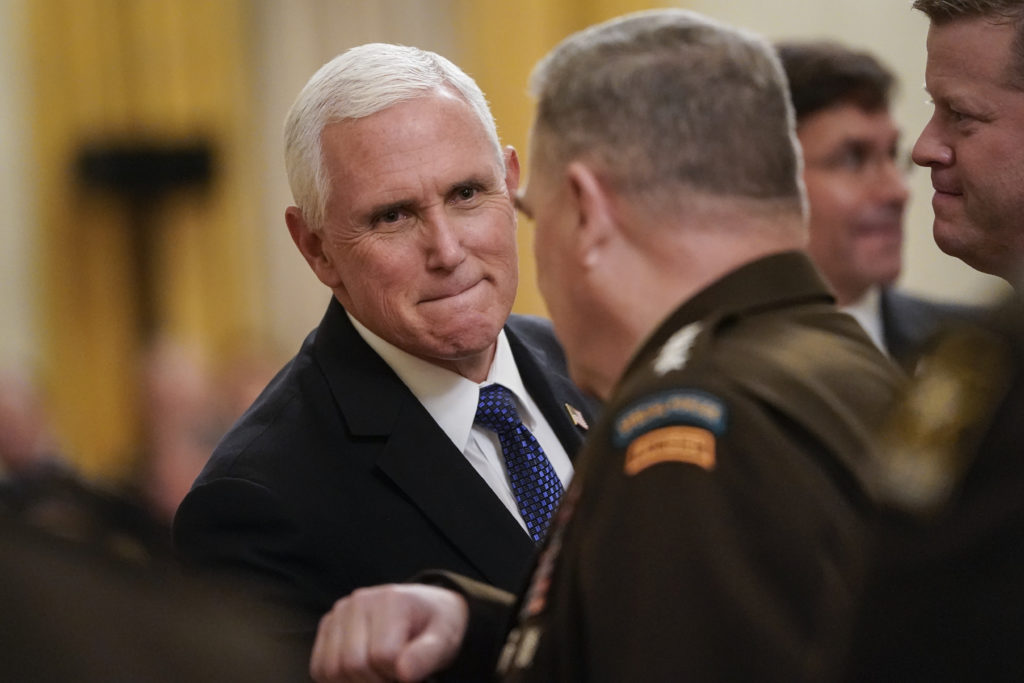 Trump went on to claim that Ms Troye had sent a "beautiful going away letter" when she left the administration, despite her recent criticism of the President.

"People get a hold of her and say: 'Let's say some bad things about Donald Trump'," he said.

In any case, Ms Troye now says she'll be voting for Joe Biden in November, despite being a lifelong Republican.